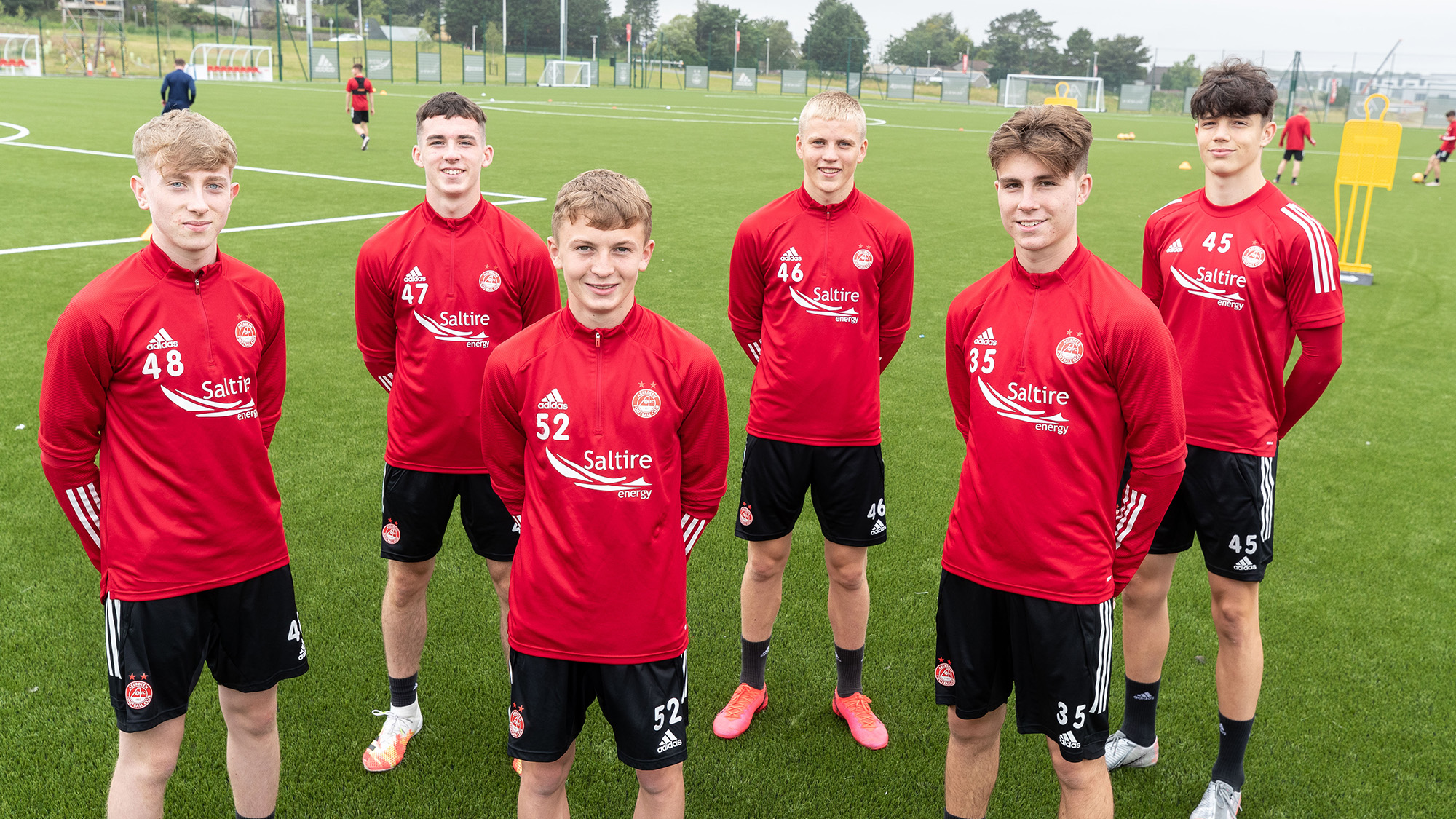 Entering a new season, the director of the AFC Youth Academy, Neil simpson, told us about the new graduates and new recruits joining the Aberdeen U18s this season as full-time professionalsâ€¦ 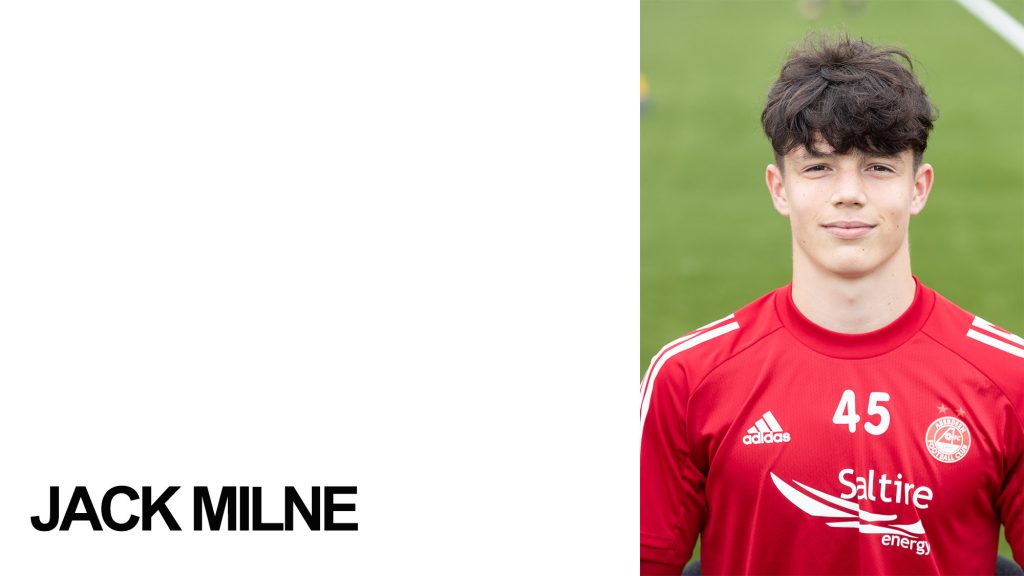 â€œMidfielder Jack is a local Aberdeen boy and former Paul Lawrie Foundation BC youth player. He was recruited from the AFC Youth Academy after his Airyhall side were the last Alex Willoughby Cup winner.

â€œThe final was played at Groats Road where Jack scored the goals in a 2-1 win over Kingswells. Jack was also named man of the match.

â€œJack’s mom and dad have been a big part of the parent association over the years, doing a great job helping the Youth Academy. Jack suffered a serious injury in the Netherlands but has worked really hard to get back into top form and has looked very good so far in the preseason.

â€œTechnically he’s a very good footballer, a good passer and I think his best position right now is as a seated midfielder. A tall guy at 6’4 ”, he can also step back and play in central defense. 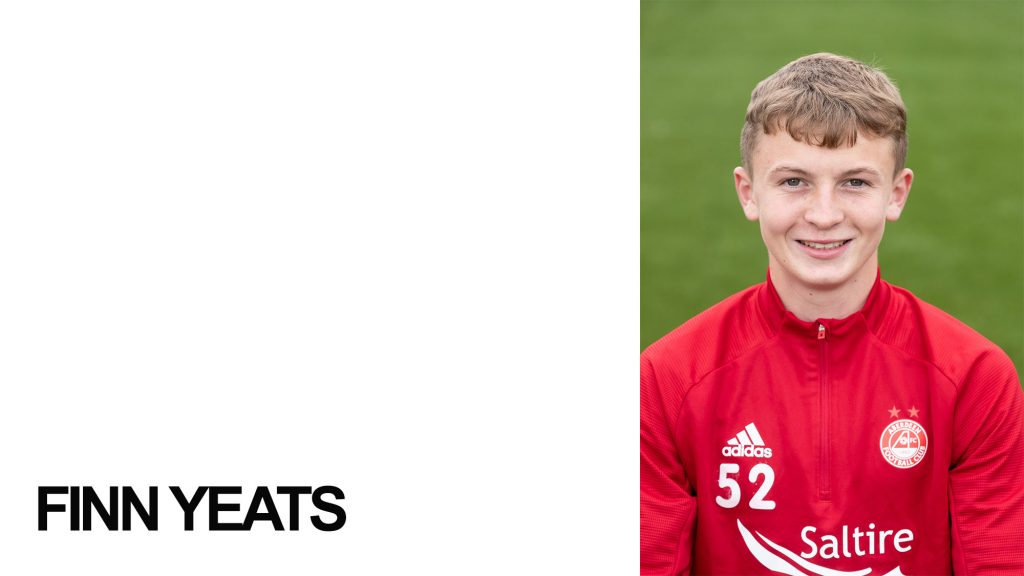 â€œA former Westdyke BC player who grew up in Westhill, Finn Yeats was recruited to Youth Academy through one of our community coaching camps. Like Jack, Finn is another who was part of the SFA Performance School in Hazlehead. He was selected by Scotland last season, representing Scotland U16 against England in a friendly and then in the Victory Shield in October 2019.

“Finn has done very well in recent years as a central midfielder who makes good use of the ball. He has good abilities and had a good education through the Youth Academy and the Performance School. His father is Craig Yeats who is well known in local football circles as the only player to win six Highland League titles in a row His uncle is former Scotland international Warren Cummings. 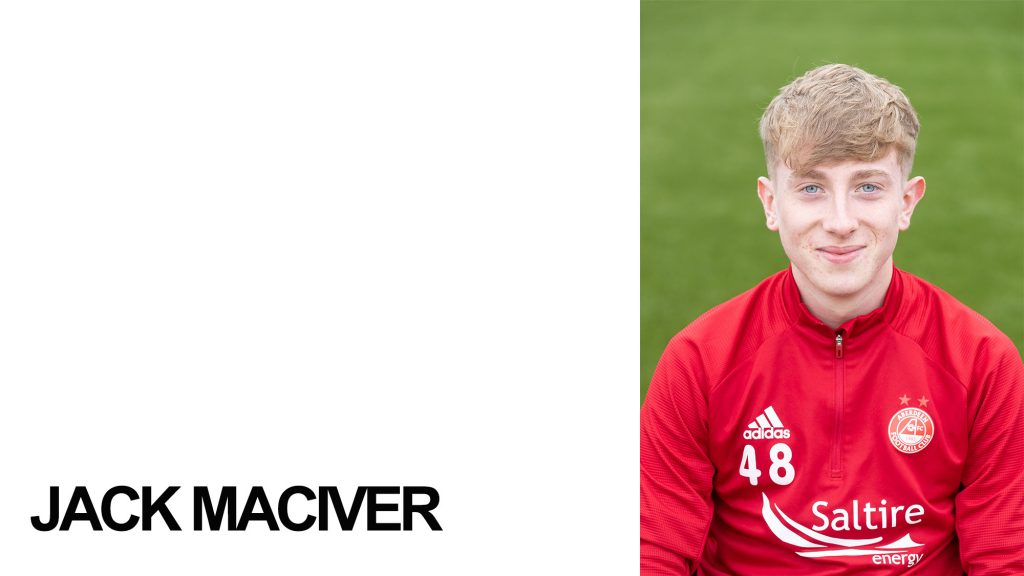 â€œJack MacIver is from Kintore and played for the Kintore Boys Club. His father also played in the Highland League at Inverness Thistle. Jack is another who was also part of the SFA Performance School. He is more of an attacking midfielder, who can also play wide.

“He played for the U18s last season and impressed when he played, so he knows the levels and standards that are required of him.” 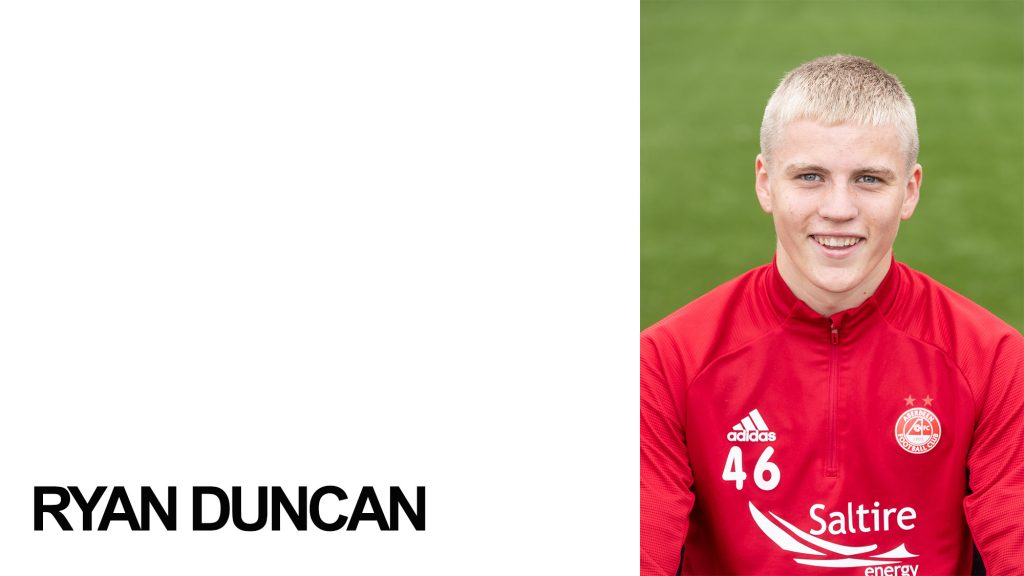 â€œLike most of our Youth Academy graduates, Ryan started with the Under 10s at age 9 and played in an older age group throughout the Academy.

â€œFrom Keig near Alford he was a student at Alford Academy and a former player with Donside Boys Club and Albion Boys Club.

â€œRyan can play in multiple positions. I think the number 10 role suits him well as he’s good at finding space and is a threat in the final third but he can also play in wide or left midfield. Again, he can provide excellent delivery from set pieces. He’s also a good midfield scorer and he has a nice shot on him and he’s a Scottish U16 and U17 international. 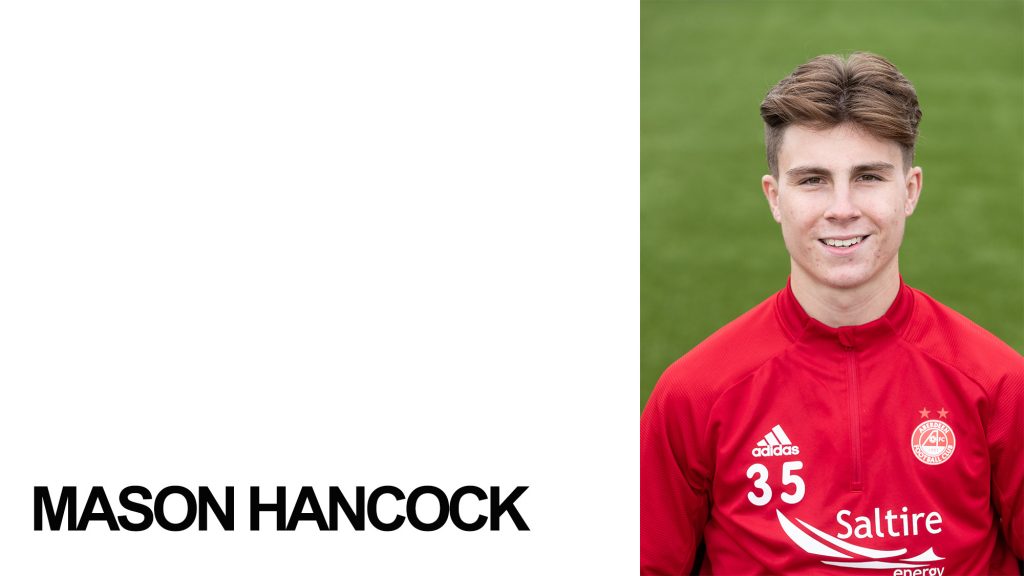 “Mason is a left-handed center-back who we bred from England. He signed with Woking FC, having played for Fulham from seven to fifteen, alongside Harvey Elliot, then for Oxford United. Mason really impressed when “He was judged at the end of last season. He has very strong leadership qualities and communicates well.”

“We hope that we can give him the opportunity to come to Aberdeen and help him in his football development. We now have a lot of very good contacts at clubs in England and I have to salute the work done by the recruiting manager of the club. “Youth academy Jim Fraser to bring Mason to the club. We get a lot of advice from southern players and Mason comes highly recommended. We think we have someone here who can really grow over the length of his contract.” 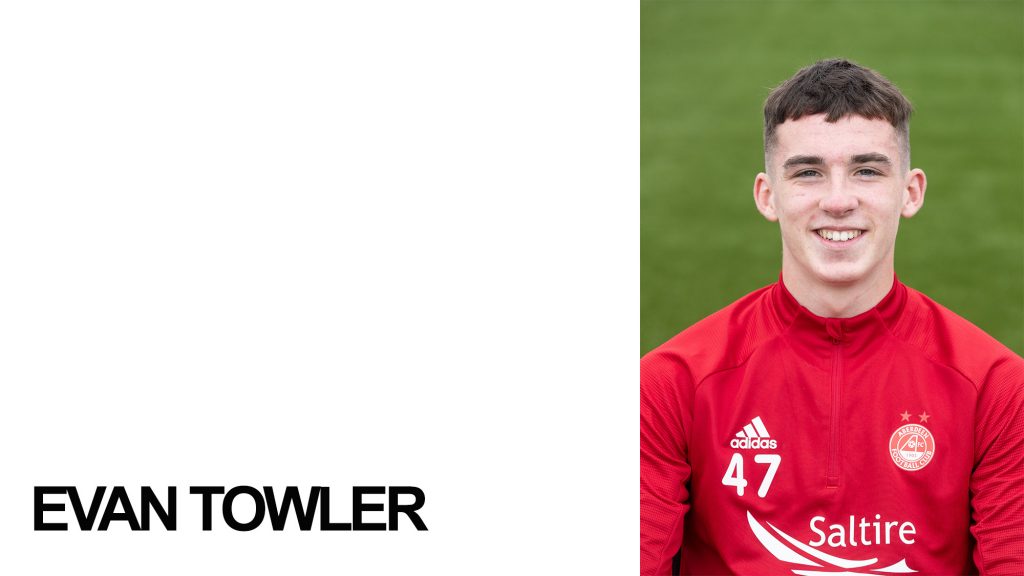 â€œWe are delighted that promising left-back Evan Towler, who attends Portlethen Academy, has also committed his future to Aberdeen and will sign a full-time contract when he leaves school in December. Evan joined Youth Academy at the age of 9 from the Cove Boys Club.

Kieran Ngwenya will also officially join the club this season after signing a full-time contract. Kieran was a regular last season for the U18s, having a hugely impressive season while continuing his education full time.

â€œKieran is originally from Edinburgh and played for the Tynecastle Boys Club. The left-back was a Scottish Juvenile Youth player and Scottish Cup Youth finalist. We had watched Kieran for several years before bringing him in last season. His education was important to him so we supported his schooling last year and he is now joining us full time. He has enormous potential, as he showed last season when he played for the U18s.

“He’s a left-back who is tall and defends well but can also advance. His pace is scary and he makes good use of the ball. A formidable athlete, his maturity and his footballing qualities allow him to go very far in the field. game, like all of our new hires if they work hard and show the right attitude.

â€œWe were very happy to have Kieran here as a number of big clubs wanted to have him, but Kieran was delighted with the support he received from the club in terms of helping his studies. It’s great for us to have such a highly rated player from Edinburgh, under the noses of the big teams in the central belt. Eddie Smeaton is our scout in Lothian and South Scotland and is a highly respected figure in the region and he knew Kieran well as he had trained him in the past. We are always looking to recruit the best possible players from across Scotland. “ 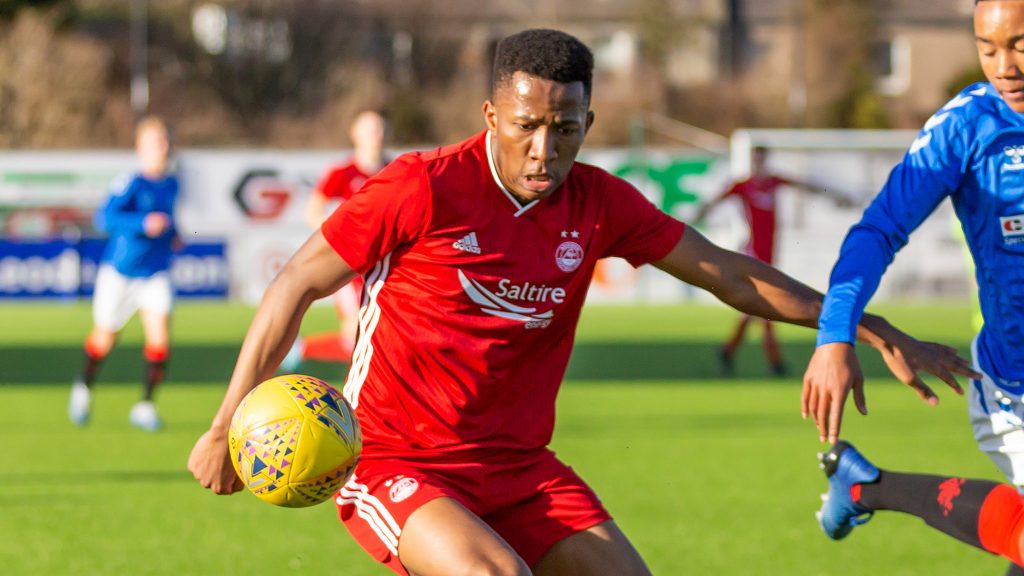 â€œThe U18s had a very strong squad last season and they’ll be another great squad this year as we still have Kevin Hanratty, Michael Dangana and Tom Ritchie who have trained with the first squad so far this year.

â€œThe youngest boys who arrive have all had experience with the 18-year-olds. We always bring the younger ones to give them an opportunity and they will know what it is, especially working under Barry and Scott. It really helped their development.

â€œIt was tough with the lockdown and the uncertainty over how and when youth football would return. We were finally up and running and four weeks ago we started our phased approach with two sessions, and the plan gradually increased to three before returning to our full coaching setup after about six weeks.

â€œWe were two days, everyone was buzzing, and then came the Aberdeen lockdown, so the program came to a complete halt. It was so frustrating because all the players and coaches desperately wanted to come back. With the relaxation of confinement last week, we are once again operational in terms of our training. If all goes according to plan, we will have our full training program before the end of the month. 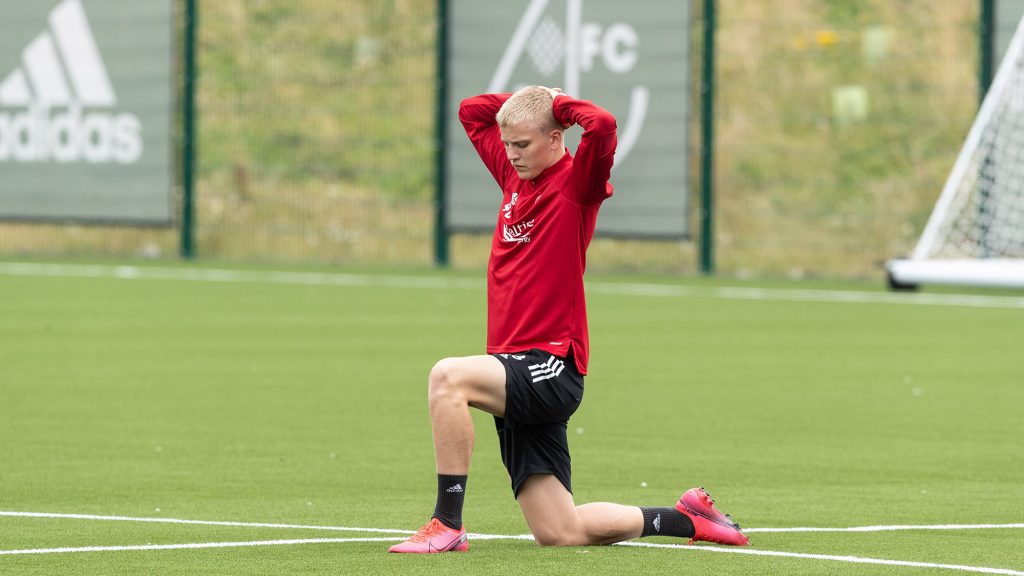 â€œThe next phase is the opportunity to play friendlies in September and the SFA has identified a date when we will start our games. Again, this is tentative, but in early October the U18s will hopefully resume. their matches as well as all of our other Club Academy Scotland matches.

â€œI have to give my colleagues Gavin Levey and Liam McGarry a lot of credit. The three of us engaged really well with the parents, the players, the coaches. We made everyone work at home in terms of developing their skills, their individual technique, we gave them tasks to do on a weekly basis. We really made sure everyone felt like part of the club during those three or four months. The feedback we have received, even from outside organizations, has done honor to everyone involved in the youth academy.

â€œWe worked as hard as possible to make a difficult situation the best it could be. Now we have to get back to some kind of normalcy with our normal program and training schedule and start working and developing these young boys again. I’m sure they are determined and eager to come back and play again.

“I had to put the boots back on too!” I helped Scott Anderson coach the U18s as Barry Robson is not in action with us at the moment as he is in the team’s first bubble. It has been great working with the boys in the afternoon and now I can just stay and coach the boys from the youth academy in the evening.

“It is a worrying time for everyone involved in youth football and a real shame when you see other clubs having to downsize their youth academies. Here, youth development is an integral part of the club’s philosophy. Seeing young players develop and succeed and have an opportunity in the first team is our raison d’Ãªtre as a club.

â€œIt brings prestige to a club. 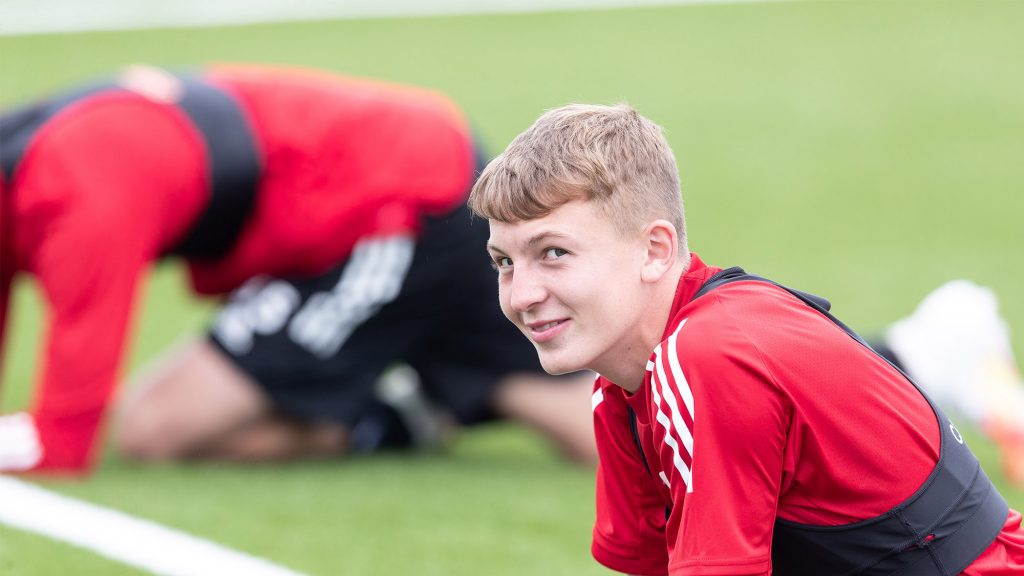 â€œI have had regular meetings with all the academies and everyone is so keen to start playing again. There is a great commitment from the nine elite clubs in Scotland to come back and provide a fantastic program for young players. Everyone is working together to develop the players, so we have good local talent, not only for clubs but also for international teams at all levels.

â€œAt club level, we still hope that the SFA Youth Cup final will be played. It’s still on the agenda. It’s a real shame that some of the youngsters from both teams who are no longer in the clubs are missing, but the players who were U18 last year, and who are too old now, will still be eligible to play in the final. So the likes of Connor Barron, Kieran Ngwenwa, Tyler Mykyta, Connor Power, Luke Turner with function, so it’s good for them.

“It’s not about winning trophies as they always say, but the 18-year-old deserve to be recognized for what they accomplished last season. They played so well in the league and part of football that ‘they played was just fantastic. All the young boys bought into the training program and work ethic that Barry and Scott demanded of them. The different play patterns and forward play were just plain good. fantastic. It was really fun to watch. I know Barry is also keen to get started with this group, to train them and to familiarize them with the way they work on and off the ball.

â€œThere are exciting times ahead. “

Youth Academy senior coach Scott Anderson has put new recruits to the test in preseason training in recent weeks. Scott coaches the U18s alongside Barry Robson and has been instrumental in recent years in helping Youth Academy players move up from U16 to U18.

There is a feature with Scott on RedTV. To watch please Click here. 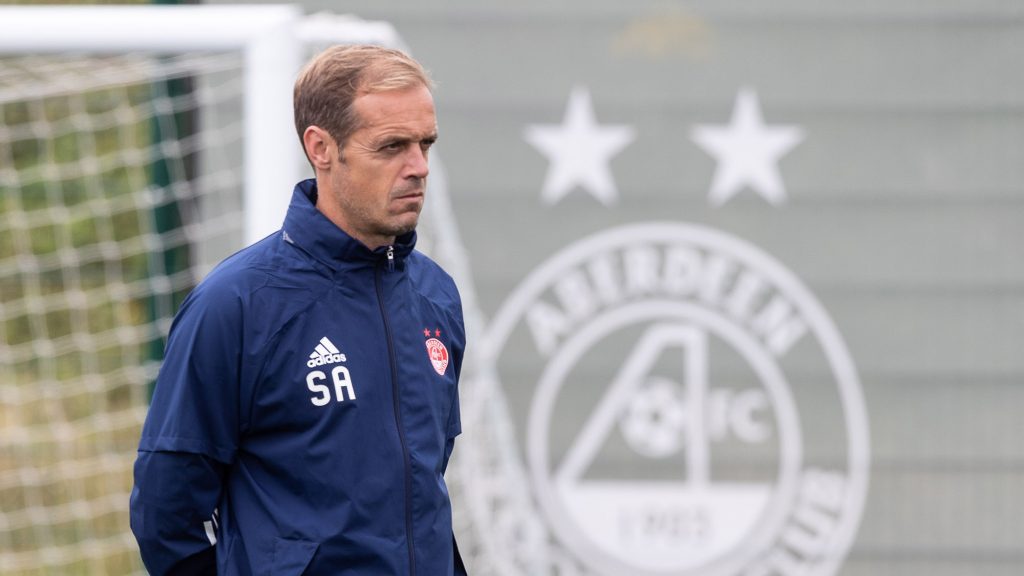 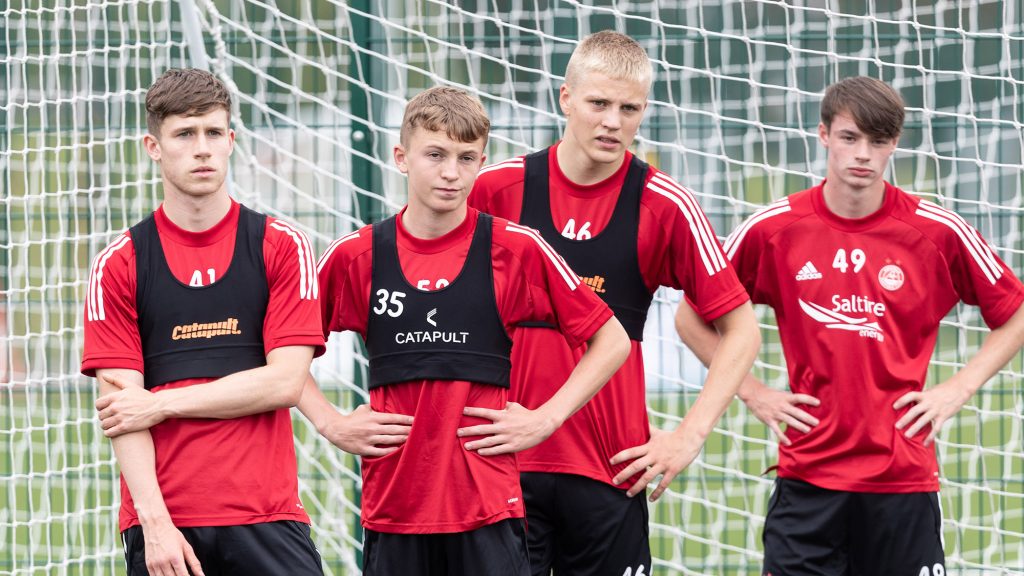