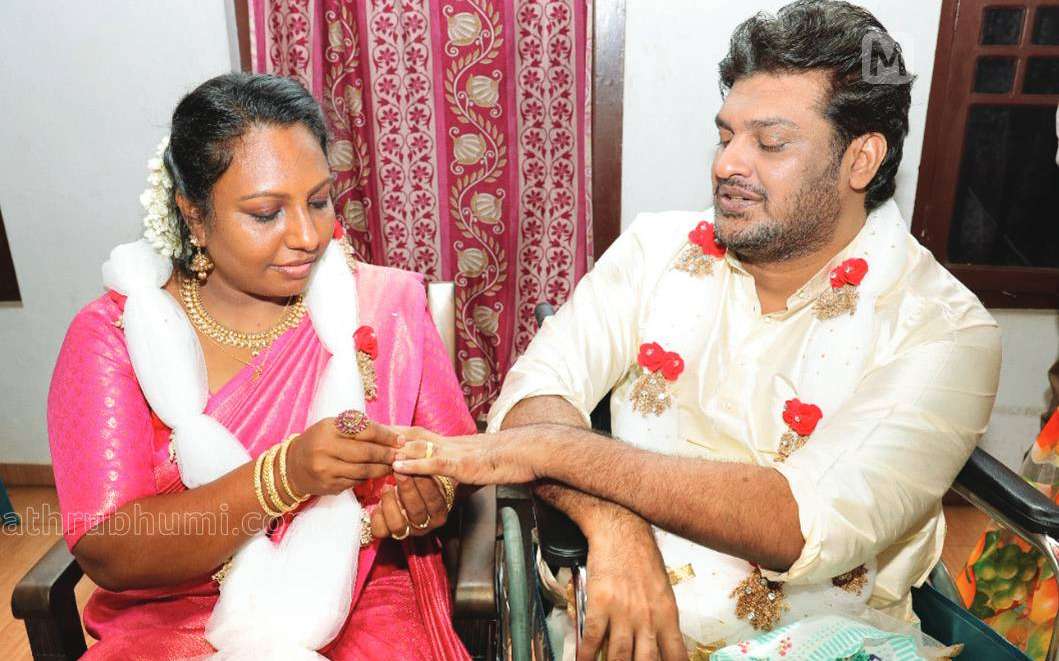 Congress leaders Oommen Chandy and Ramesh Chennithala greeted the couple over the phone.

Cherppu: Shibu George, a former youth congressional district president who has been bedridden for 12 years, has now found a life partner in Aluva. Soniya, a former Youth Congresswoman, and Shibu were married in the presence of the clerk.

Shibu and Soniya met through an online marriage about six months ago. Soniya visited Shibu’s house and expressed her wish to marry him.

Soniya took a cosmetology course in Bangalore and worked in the American camp in Iraq for three years. She is now working as a cosmetologist here in Kerala. She is the daughter of Thankachan and Anna of House Chunanganveli.

Shibu was injured after falling from the third story of an apartment building on January 30, 2009. The accident happened just before he was about to leave after attending a youth congress camp in the State in Adoor. He only regained consciousness after 5 days. Although he was able to sit in a wheelchair after 6 months, he has been in the same condition for 12 years.

Shibu was an alumnus of Christ College, Irinjalakuda. Her friends gave the rings to the bride and groom.