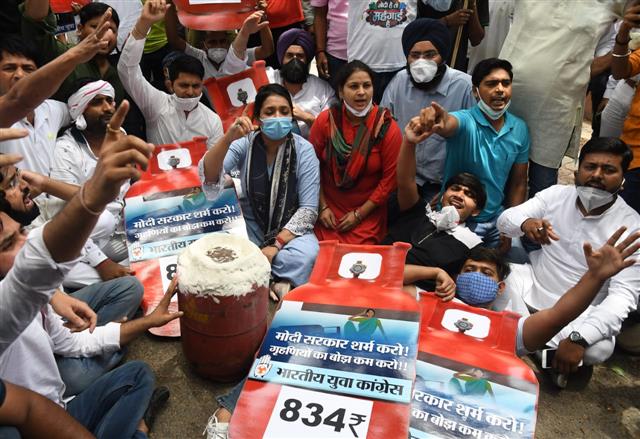 The Delhi Pradesh Youth Congress staged a protest outside the Union Petroleum Ministry on Saturday against rising prices for gas cylinders.

â€œThe people of the country are saying: take back those ‘good days’ and give us back our ‘bad days’. Compatriots necessarily pay the price of what is called an “acche din” by purchasing expensive items. The compatriots want to be released from this so-called “acche din”, said a statement quoting the leader of the Youth Congress.

He added that the country’s population was facing “extreme unemployment, economic powerlessness and high inflation.”

â€œIn such a situation, instead of relieving the people, the government crushes the people by trapping them in the wheel of inflation,â€ he said.

On Thursday, the price of domestic cooking gas (LPG) was increased by Rs 25.50 per 14.2 kg bottle. A subsidized and unsubsidized bottle now costs Rs 834.50 in Delhi.