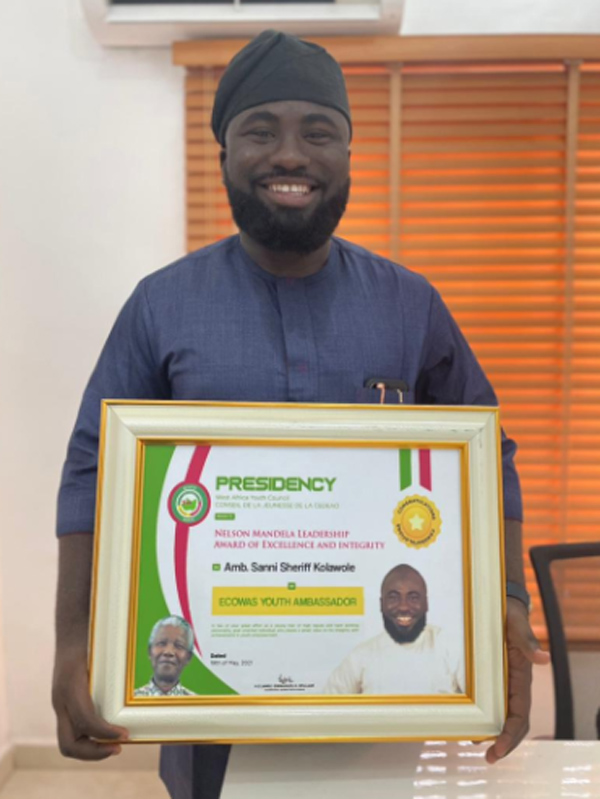 Sanni Sheriff is an executive chef and owner of Sannikayz Mobile Kitchen, Lagos. Nigeria. He was born and raised in Lagos. From an early age, Sanni had a fondness for cooking. His mother is a very great cook thanks to which he was officially introduced to multiple African specialties.

Sanni Sheriff studied systems engineering at the University of Lagos (UNILAG), but his passion for cooking was undeniable. This passion led him to continue his training in one of the largest culinary schools in West Africa (Culinary Academy, Lagos) and his brand was built to attract young Nigerians by appealing to their passions. for new and creative cuisine.

He founded the Feed the Kids initiative out of a passion for humanity and community development. This non-governmental organization aims to develop and empower children by providing them with nutritious meals, snacks, liquids and values â€‹â€‹allowing their minds to dream, their restaurant thus their reason for living and a sustainable future. This project has successfully distributed over 50,000 packed lunches

in Lagos, Federal Capital Territory of Abuja and Kwara States respectively. Feed the Kids Initiative has also provided educational support to over 200 children in underserved communities since its inception.

The organization is currently setting up community kitchens across the country to provide 100,000 free meals per year to the less privileged children and also employment for poor widows and women in poor communities.

He is the recipient of several awards including: Under 30 Achievers Awards 2013, Creative Man of the Year, University of Lagos Engineering Society Awards and Best Entrepreneur in 2014. He was also nominated as Sheraton Entrepreneur of the Year at the African Youth Choice . Awards (FMR Ping Awards) 2014 and Nigerian Achievers Awards for the most enterprising young people 2015. Sannikayz was also recognized by the Punch newspaper as one of the young CEOs in 2015, which created great opportunities for the brand. The University of Lagos also awarded him the award for the most enterprising student at the Unilag Awards. He was also recently celebrated by Future Awards Africa as one of the 100 heroes engaged in the race to conquer the crown in Africa through community development projects.

He has also been invited to speak and mentor young emerging entrepreneurs on various platforms such as Kano Youth Summit, Pan-Atlantic University, Business Development Center, SME Roundtable, Day of the africanism and many others.