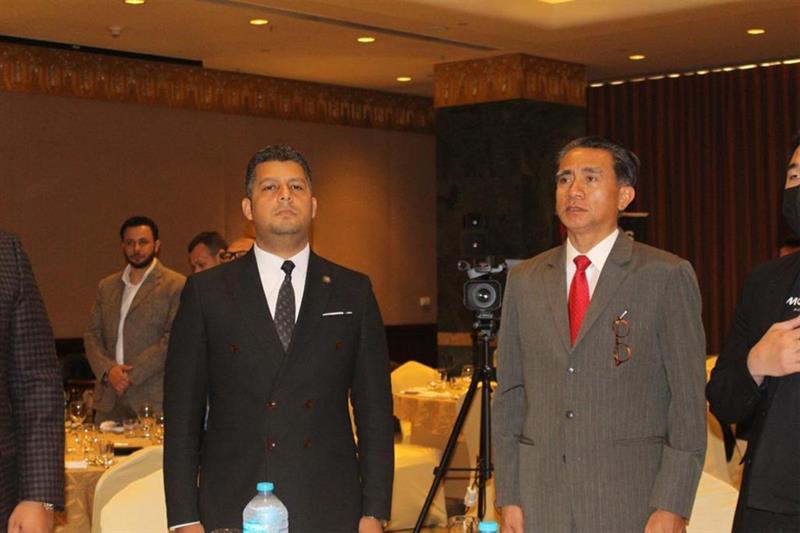 The forum was held under the title “Promoting investment and trade opportunities between Egypt and Indonesia”.

Also present were the Indonesian Ambassador to Egypt, Lutfi Raouf, as well as a number of diplomatic delegations and elite businessmen from Indonesia, Egypt, Bangladesh, the Emirates, Palestine , Syria and Bahrain. This is in addition to a group of members of the House of Representatives and the Senate and executive leaders from both sides.

During his speech, Mamdouh said that Indonesia has strong relations with Egypt at all levels, especially in trade and economy. He also said that Egypt is one of Indonesia’s most important trading partners, serving as the main gateway for its products to the African continent.

Mamdouh noted that trade between Egypt and Indonesia over the past five years was between $1.2 billion and $1.5 billion per year.

For his part, the Indonesian ambassador explained that the relations between Egypt and Indonesia span many years. He also stressed the importance of deepening relations and constantly communicating in all fields, especially in the economic and trade fields to open up new horizons for cooperation.

He added that there is an urgent need in the future to advance economic and investment cooperation in a number of basic industries of the Egyptian and Indonesian economy, especially since Indonesia ranks in the 55th in the list of countries investing in the Egyptian market.

At the end of the meeting, a number of businessmen from the Egyptian and Indonesian sides reviewed some of their common experiences in order to develop aspects of bilateral cooperation in the areas of trade and investment. and open trade opportunities between the two countries.