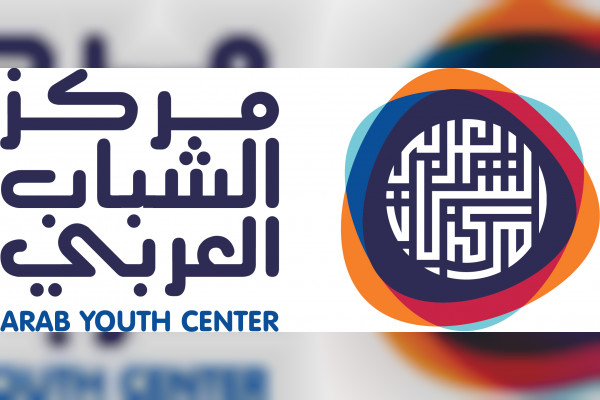 ABU DHABI, Aug 12, 2021 (WAM) – The Arab Youth Center (AYC) will found the Arab Youth Council for Climate Change (AYCCC), a platform that will enable leading young climate activists in the Arab world to contribute to the global fight against the greatest existential threat of the 21st century.

Scheduled to be launched on International Youth Day 2021, the youth platform on climate change comes days after the publication of the world’s largest report on climate change by the Intergovernmental Panel on Climate Change. Climate Change (IPCC), which confirmed that human activity is unequivocally to blame for the worsening extreme weather conditions and rapid global warming. Engaging young people in climate activism is essential to global efforts to stem the tide of wildfires and floods that have upset the planet’s balance.

Shamma bint Suhail Faris Al Mazrui, Minister of State for Youth and AYC Vice President, said: â€œThe launch of AYCCC could not have come at a more critical time. This decision marks a qualitative leap in the interaction of Arab youth with the environment and directly supports Arab efforts to protect our environment from the devastating impact of climate change. “

The AYCCC will also play a key role in supporting the UAE’s bid to host the 28th session of the Conference of the Parties to the United Nations Framework Convention on Climate Change (COP28) – the most important high-level meeting to the world on climate change.

The AYCCC has defined several strategic objectives, including equipping young Arabs with the skills to face the challenges posed by climate change, representing their voice at Arab and international environmental events, helping Arab countries to achieve their climate goals, make strategic recommendations to decision-makers in the Arab world, by proposing effective solutions in partnership with the public and private sectors, and by encouraging investment in startups and small and medium-sized enterprises (SMEs) in the field of protection of environment and the fight against climate change.

Members of the AYCCC will be selected for a period of two years. The work of the Council will cover six areas: optimal management of natural resources and water; clean and renewable energy; circular economy; agriculture and food security; reduce greenhouse gas emissions and improve air quality; and adaptation to climate change.

For his part, Dr Abdullah Belhaif Al Nuaimi, Cabinet Member and Minister of Climate Change and Environment, said: “Empowering young people to become active players in our fight against climate change at home and abroad. overseas is a key priority for the United Arab Emirates.In this context, MOCCAE launched the Emirates Youth Climate Strategy in 2018 with the aim of raising awareness among the international youth community about the climate crisis, developing the capacities of young people to combat climate change and promote the participation of young people in decision-making and climate action.

â€œIn addition, we include young people in the country’s delegations to relevant international conferences and involve them in climate negotiations. To bridge the gap between youth and policymakers, and ensure that young voices are heard to shape the future of our nation, we engaged the younger generation in platforms such as the Abu Climate Meeting Dhabi in 2019. Additionally, to increase contributions from young minds, we launched the UAE Climate Change Research Network which brings together scientists and researchers committed to advancing climate change research. “

He added: â€œThe expertise that our young people have gained through these initiatives will form the basis for the work of AYCCC. I am convinced that this driving force of inclusive Arab youth will go a long way in boosting efforts to mitigate and adapt to climate change. In the region.”

Dr Sultan bin Ahmed Al Jaber, Minister of Industry and Advanced Technology and UAE Special Envoy for Climate Change, said: â€œThe forward-looking vision of UAE leadership means that it empowering our young people is a national priority. economic potential of the United Arab Emirates, it is crucial that the country has a population of engaged and active youth. The launch of AYCCC is a strategic step that will strengthen youth participation in climate action.

He highlighted UAE initiatives that embody a model of active engagement in climate action and how youth play a key role in the country’s strategic agendas. These include Masdar, the UAE’s flagship renewable energy company, as well as pioneering projects that have helped increase the country’s renewable energy capacity by 400% over the past decade.

Dr Al Jaber also highlighted the promising economic opportunities for future generations that will be created by the diversification of the energy mix, as the country develops new capacities in clean and renewable energies and in mitigating the impact of change. climate. He expressed confidence in the ability of Arab youth to play an important role in this area. He highlighted, as an example, the active participation of young people in the team of the Office of the United Arab Emirates Special Envoy for Climate Change. This work supports the UAE’s bid to host COP28 in 2023, while increasing their ingenuity and creativity to find solutions that ensure a sustainable future for all.

Shamma Al Mazrui added: â€œClimate change has become a daily challenge in many parts of the world. It threatens food and water security and negatively affects the quality of life in cities and communities. As youth interest in urgent issues increases, AYC – under the leadership of His Highness Sheikh Mansour bin Zayed Al Nahyan – has responded by launching AYCCC to achieve a leap forward in Arab youth engagement with issues environmental. “

She added, â€œThe Arab League General Secretariat, MOCCAE and the Office of the United Arab Emirates Special Envoy for Climate Change support the new council. The AYCCC also benefits from the UAE’s model of youth empowerment in various fields, including environmental protection and addressing climate change. “

AYCCC’s strategic partners from across the ranks of government entities, corporations, business, and Arab and global environmental organizations and initiatives addressing climate change will provide advanced training to Board members, provide them with focused advice and facilitate the transmission of their proposals for decision. decision-makers as well as access to essential funding. They will also provide in-kind, logistical and promotional support to AYCCC.

The United Nations Resident Coordinator for the United Arab Emirates, Dr Dena Assaf, praised the newly formed Council, saying: â€œThe United Nations views the United Arab Emirates as a strategic partner in matters of regional sustainable development and global, as they have supported various key initiatives at the international level. , exemplified more recently by their timely and generous support to countries during the current pandemic, which has placed considerable pressure on sustainable development progress around the world. “

â€œWith this in mind, we welcome this strategic initiative of the Arab Youth Center to launch the Arab Youth Council on Climate Change. We anticipate that the council can have a leading role at the regional level and therefore an ability to influence the new generation of Arabs This initiative can help put climate change at the heart of national government agendas in this vital region of the world, and at a most critical time when all must take meaningful action to tackle climate change, â€added Dr Dena Assaf.

The Arab Youth Priorities Survey, conducted by AYC and published in August 2020, indicates that the environment is hardly a priority for Arab youth at just 12%. Therefore, AYCCC will seek to bring about a major change in the engagement of Arab youth with environmental and climate issues.

The survey indicated that waste management exceeded environmental priority indicators at 55 percent, followed by limiting the depletion of natural resources to 47 percent, recycling and sorting of waste to 41 percent, reduction of land, sea and air pollution to 28 percent, regulation of water consumption to 26 percent, percent, and the fight against global warming and climate change at 18 percent.

About 40% of young people say they are ready to adopt sustainable behaviors that can protect and preserve the environment and help mitigate the causes of climate change, especially if these behaviors become easier to adopt.

The selection criteria for AYCCC members include being a young Arab between the ages of 18 and 35, with a track record of achievement in the fight against climate change and environmental advocacy, motivation and dynamism, leadership abilities and advanced communication skills. Applicants should also have experience in climate change work, or a university degree in environmental science or a similar discipline, or a passion for the cause proven by the projects they have carried out. Young people who meet these criteria can submit applications to join the Council via the link below. Climate.arabyyouthcentre.org AYCCC seeks to achieve six main results: involving young Arabs in local and global decision-making process on environment and climate, strengthening the capacities and skills of young people to address environmental challenges through training programs, strengthen international cooperation by integrating the efforts of young people with those of public and private sector institutions and international environmental organizations, developing creative solutions, promoting the adoption of good environmental practices in the Arab world and facilitating green funding of promising projects for young people fighting climate change.