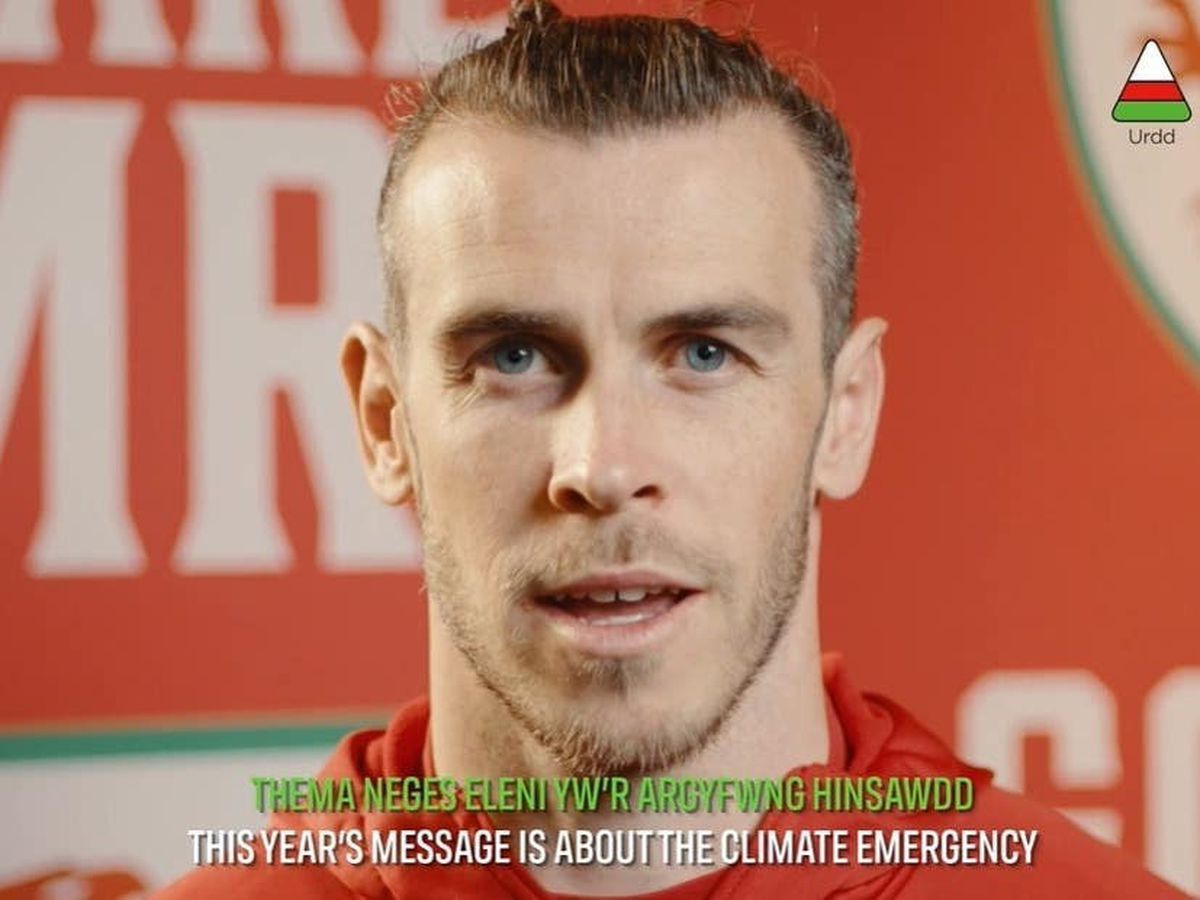 The football stars have joined Wales’ biggest youth organization to urge business leaders and governments around the world not to ignore the climate emergency.

Gareth Bale and Aaron Ramsey are among the players who appeared in a short video supporting Urdd Gobaith Cymru’s (The Welsh League of Youth) annual message of peace and goodwill.

This year’s message focuses on the environment and calls on those in power to take urgent action to protect the planet, saying, “It’s time to wake up.”

The Aberystwyth University students who wrote the message and Welsh Prime Minister Mark Drakeford will present it at the Nobel Peace Center in Oslo, Norway on Wednesday.

Mr. Drakeford said: “The Nobel Peace Center is the perfect place for the Urdd to share the centenary message of peace with the world.

“At a time when world peace is in such great peril, the Urdd’s message and work to welcome refugees to Wales has never been more important.

“The theme of the climate emergency will also resonate with young people around the world as we work together to protect the fragile planet we inhabit together.”

A message of peace and goodwill has been delivered every year for a century by young people in Wales, with 2022 being the charity’s centenary year.

Wales is the only country in the world to produce such a message for a hundred years.

The first post was shared using Morse code, followed by the BBC World Service, and now it is the most widely shared on social media.

Last year’s message was the most successful yet, having been translated into 65 languages ​​and viewed in 59 countries, reaching more than 84 million people worldwide, with US politician Hillary Clinton among the notable names for express their support on Twitter.

This year it’s available in 100 languages, and with the promotion of Bale, Ramsey and a number of other well-known faces from the Football Association of Wales’ first women’s and men’s teams, it’s hoped the message will spread even further. far.

Sian Lewis, chief executive of the Urdd, said: “As an organization we have a duty to the next generation to use this platform to amplify their voice, because giving a voice to young people in Wales is at the heart of everything the Urdd does.”

Along with the message, the Urdd has pledged to reduce its carbon footprint and has created a net zero plan with the goal of reaching net zero by 2050.

It has also opened its first environmental residential center for young people in North Pembrokeshire.

To offset the footprint created by students traveling to Norway, Urdd and Aberystwyth University donated to its Carbon Capture and Storage Forest Protection Plan.