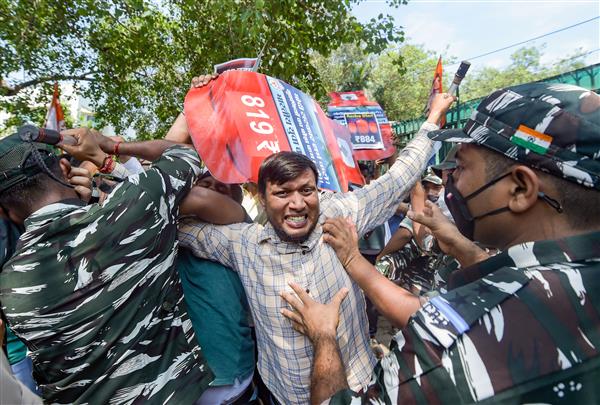 The youth wing of Congress staged a protest outside the Oil Ministry on Thursday against rising fuel prices, including cooking gas.

The march started from the Indian Youth Congress office on Raisina Road and was stopped by a police barricade in front of Shastri Bhawan where the ministry is located.

â€œInflation is steadily rising and the price of a bottle of LPG will soon exceed Rs 1,000. Gasoline and diesel prices are also on fire.

The IYC National Secretary General and his Delhi official Bhaiya Pawar, Delhi Unity Chairman Rannvijay Singh Lochav, and many other leaders and members of the party attended the protest. PTI