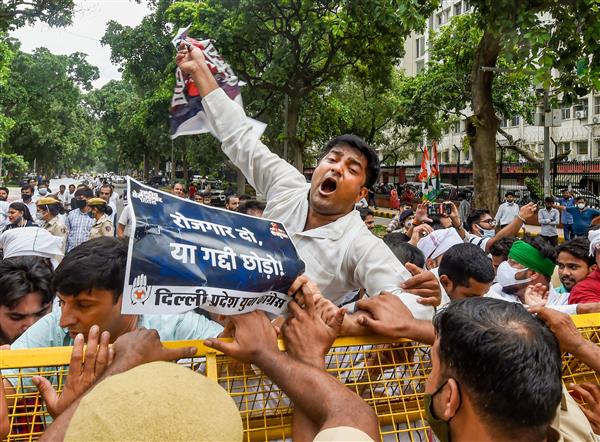 The Indian Youth Congress marked Prime Minister Narendra Modi’s 71st birthday on Friday as “National Unemployment Day”, alleging that the Modi government had “lied for the past seven years in the name of jobs”.

“The Prime Minister increased the unemployment rate instead of increasing the GDP rate. The country’s GDP is at an all-time low and unemployment is skyrocketing. Instead of cheating the youth of the country, Modi should provide jobs,” he said.

The IYC National Leader further said that the Prime Minister should understand that employment is not provided by rhetoric, “you have to work to provide employment and policies have to be implemented”.

“The inflation chart in the country is up and the employment chart is down under the current regime at the Centre. The BJP government has failed to deliver on its promise to provide jobs, and the BJP has betrayed the country’s youth.