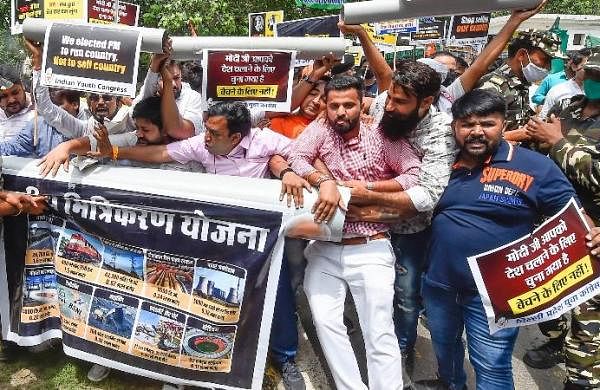 NEW DELHI: The Indian Youth Congress (IYC) on Thursday held a protest against the National Monetization Pipeline (NMP) and alleged that the Center was “selling everything to its friends.”

On August 23, Union Finance Minister Nirmala Sitharaman announced the NPM of Rs 6 lakh crore which will seek to unlock value in infrastructure assets in sectors ranging from electricity to roads and to the railways.

Calling NPM a “national mitigation program,” IYC national chairman Srinivas BV said the government is keeping the interests of compatriots at bay and “only doing itself and its people good. friends “.

“Those who swore that I wouldn’t let the country be sold, they sell everything to their friends one by one under the National Mitigation Scheme.

The central government’s â€œsales policyâ€ will prove bad for the country, he said.