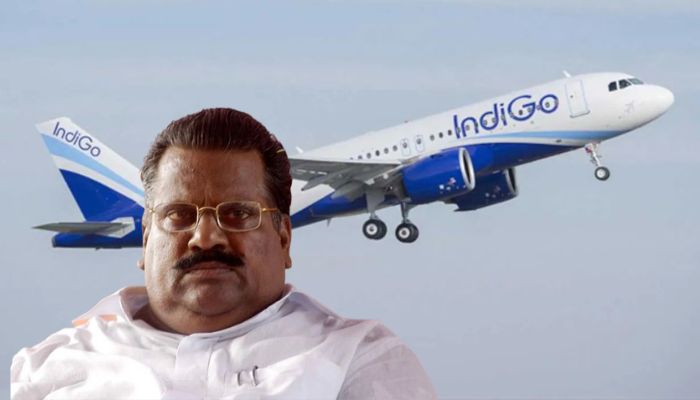 A month after a fight broke out between the leader of the Left Democratic Front (LDF), EP Jayarajan, and Kerala Youth Congress workers on an IndiGo flight, the commercial carrier has put them on a ‘ban list from flight”.

In accordance with the directives of the Directorate General of Civil Aviation (DGCA), 2 workers of the Youth Congress and the LDF facilitator were sanctioned for unruly behavior on board a flight.

IndiGo had set up an internal committee to investigate the matter in accordance with Section 3 of the Civil Aviation Requirements (CARs) – Air Transport, Series M, Part VI, Edition II. On Saturday July 16, the committee delivered its final verdict in the case.

LDF chief speaks out on development

While talking about the issue at The Indian Express, the DFL leader said: ‘I don’t think IndiGo knows who I am. The airline was unable to stop the criminals (Youth Congress workers) from traveling when CM Vijayan, who has Z-plus grade security, was on board.

He added: “The airline should not have issued tickets to these criminals. They couldn’t reach the CM because of me. In fact, the company should have given me an award for stopping criminals.

“The ban given to me is against civil aviation rules. From now on, I will never fly IndiGo aircraft again. It is a dirty and substandard business,” EP Jayarajan concluded.

The context of the incident

The Chief Minister was in Kannur for a three-day official tour. The Youth Congress workers were arrested by the CM security team and LDF leader Jayarajan, and handed over to the CISF.

Jayarajan described the incident as worse than a “terrorist attack”. The incident was also criticized by the CPI(M) Secretary of State, Kodiyeri Balakrishnan, who claimed that the Youth Congress workers were plotting to attack the CM.

First response from EP Jayarajan, passenger on the CNN Indigo flight to TRV on 06/13/22
confirms that CM Vijayan had already left the flight when the “alleged protest” occurred.
And so, the case of the attempted murder seems at first glance framed.

Meanwhile, Congress leader VD Satheesan described it as a “symbolic protest against police repression”. Farzeen Majid, leader of the Mattanur Youth Congress bloc and one of the protesters, claimed their aim was simply to register a protest.

They were also charged with an attempted murder case. Valiyathura Police Department registered the case under Section 307 of the Indian Penal Code after receiving a complaint from Chief Minister Anil Kumar’s bodyguard.

According to sources, this incident also prompted attacks on some Congress offices, including the state headquarters in Thiruvananthapuram, allegedly by members of CPI(M) and its youth wing DYFI.