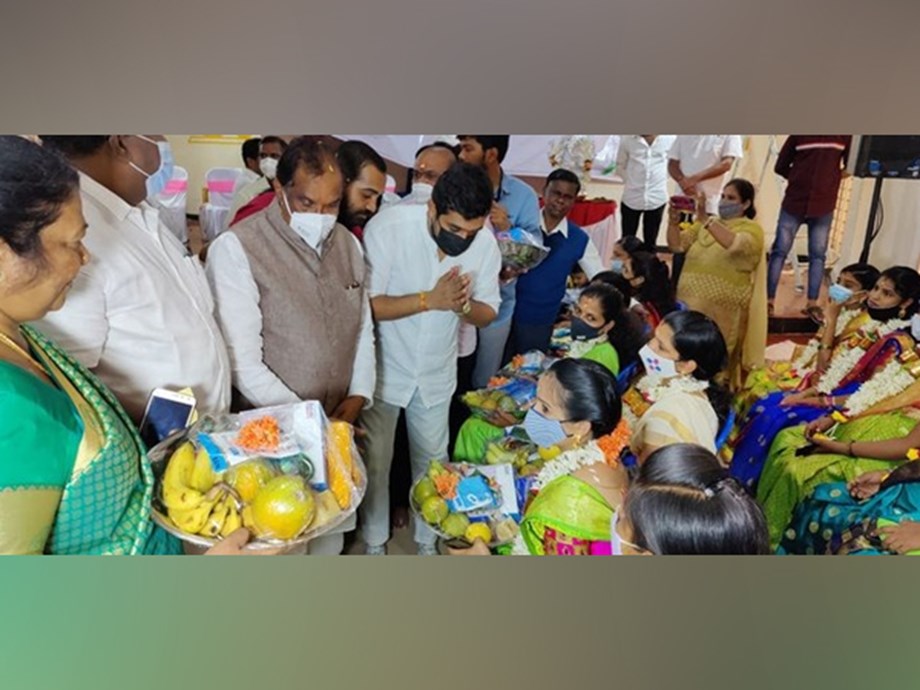 Acting Congress President Sonia Gandhi, who turned 75 on Thursday, is the longest-serving Congress party president. She was elected president in 1998. Gandhi led the party for 20 years. The event took place in the temple of Anjaneya in Doddabanaswadi. The temple had a festive look, with the 70 pregnant women decked out in flowers, turmeric, and silk saris. Alongside these women, several relatives and their close friends participated in the event. The women were offered â€œBaginiaâ€.

Traditionally the “Bagina” (an offering) is given in the “mora” (bamboo trays specially designed for cleaning food grains) which symbolize a sign of prosperity and peace. Women exchange these “Baginas” and pray for prosperity and peace. â€œMora,â€ the humble kitchen utensil woven from strips of bamboo, takes on immense importance at several auspicious events and festivals associated with women. (ANI)

(This story was not edited by Devdiscourse staff and is auto-generated from a syndicated feed.)