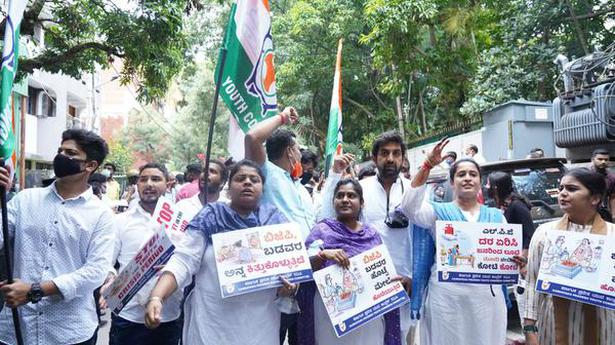 After participating in the bullock cart rally organized by the Karnataka Pradesh Congress Committee on September 13 in Bengaluru to highlight the problem of rising prices, Mr Ramaiah told reporters that unemployment had risen in several ways after the BJP government, led by Prime Minister Narendra Modi, came to power because of unbalanced policies.

“There is no respite from rising prices as people have been struggling with inflation for at least two years. The Union government collects taxes and levies taxes on gasoline and diesel, which has directly led to higher commodity prices. Not only the economic downturn but also the outbreak of the COVID-19 pandemic since last year has led to job losses across India,” he said.

He added that members of the Youth Congress will launch a social media campaign and link the prime minister to their job search comments.

Mr Ramaiah said many people had lost their jobs due to the economic downturn and the COVID-19 pandemic. “Since last year, several hundred thousand employees working in the clothing sector have lost their jobs. The Karnataka government must find solutions to solve this (unemployment) problem,” he said.