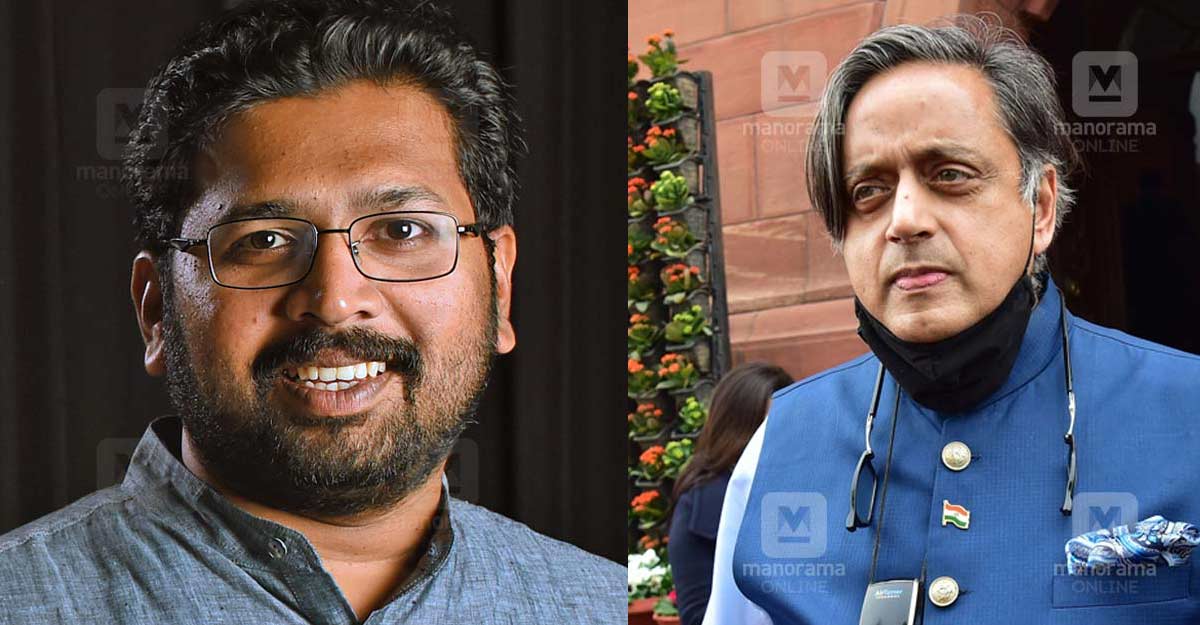 Kochi: Youth Congress State Deputy Chairman KS Sabarinadhan is among those who openly supported Shashi Tharoor’s decision to contest the Congress presidential elections. The former MP for Aruvikkara is among those who put forward Tharoor’s name as a candidate. He signed the nomination papers even as top state leaders expressed disapproval of Tharoor’s decision to contest internal elections.

Sabarinadhan, in a Facebook post, listed his reasons for supporting Tharoor’s candidacy on Friday. The ideological commitment, communication skills and secular credentials of the diplomat-turned-writer-politician are among the reasons cited by Sabarinadhan.

The five points cited by him are:

1. “Ideology is most important for a political party. There is no other Congress leader who can articulate the ideas of Mahatma Gandhi, Jawaharlal Nehru and BR Ambedkar so well in a way that is fitting for the 21st century Tharoor’s ability to communicate such a policy to people seems to be a positive factor,” Sabarinadhan wrote.

2. “Tharoor proclaimed an alternative to the communal politics proposed by Narendra Modi and the BJP. He can lead anti-BJP activism with his secular positions. I think he can bring together different opposition parties.”

3. “Any political organization can advance today only by absorbing the social and cultural changes taking place in the world. The group can do this through Dr. Tharoor, who learns all these changes and updates himself.

4. “In his political career, Tharoor never blamed the party. Even though many others left the party and even when he faced several personal issues, he stood within the party and made use of freedom of opinion. He’s a 100 percent congressman, albeit in a different way.”

5. “From my experience working with Tharoor, I felt that he believes in collective efforts and encourages such an approach. I am sure that if Tharoor becomes president, he will bring all the leaders together and make the party work hard.

Sabarinadhan said the decision to hold an organizational congressional election after a long hiatus is a welcome move. “The personalities of Sonia Gandhi and Rahul Gandhi have become brighter with their announcement which no one from the Nehru family wants to challenge. I believe the party can overcome its crises as the new president works with them.”

Invoking the memories of Chettur Sankaran Nair who became Congress Speaker in 1897, Sabarinadhan said it was a matter of pride as another Keralite is running for office after 125 years. “Being an ordinary party worker, I consider it a rare occasion to have signed the nomination form of a Malayali,” he said.

Tharoor filed his candidacy for president of Congress at party headquarters here on Friday.

The MP for Thiruvananthapuram submitted his paperwork to the chairman of the party’s central electoral authority, Madhusudan Mistry, in his office at the AICC headquarters.

To the sound of drumbeats and marching band, he entered the AICC headquarters. The ballot will take place on October 17 and the result will be announced on October 19.