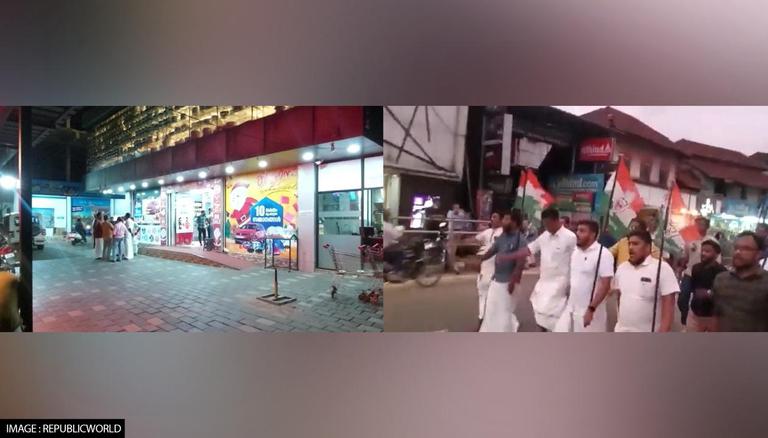 According to police officials, two people who came as customers to the Badusha supermarket on a Sunday evening got into a verbal argument with staff members over non-halal beef. Police said the two assailants were furious at the non-availability of non-halal beef, following which they attacked staff members and injured them.

The injured were taken to a nearby hospital for treatment. Police officials further said that the staff members suffered minor injuries. Police have arrested one accused named Prasoon, from Meppayur, while the other remains at large.

Several organizations like Youth Congress, Vyapari Vyavasayi Samithi, Democratic Youth Federation of India (DYFI), Muslim Youth League and Social Democratic Party of India (SDPI) organized protests against the attack on employees of the Badusha supermarket on the halal issue. They condemned the attack and blamed RSS for the attack.

However, in their ongoing investigation into the incident, police said no organizational link had been proven with the assault on staff members, further adding that the two people who started the altercation were intoxicated.

Last year, a petition was filed in the Kerala High Court stating that halal certified jaggery was used for the preparation of ‘Aravana’ and ‘appam’ for distribution and for major offerings to Lord Ayyappa at the temple of Sabarimala, after which the HC asked the Special Commissioner of Sabrimala to submit a report on this.

SJR Kumar, the general organizer of Sabarimala Karma Samithi and the petitioner, had alleged that the Travancore Devaswom Board (TDB), which handles temple affairs, used halal certified jaggery to make prasadam in Sabarimala. He said ‘halal’ items should not be used at the temple as it was not a pure material. However, later the HC questioned the petitioner’s understanding of Halal and asked them to explore his concept further.

On the matter of spoiled jaggery being used at the sanctum sanctorum. Travancore Devaswom (TDB) Board, Sabarimala Special Commissioner and National Department of Food and Security had previously clarified that unused jaggery from 2019-20 had been auctioned off to a company for food livestock.