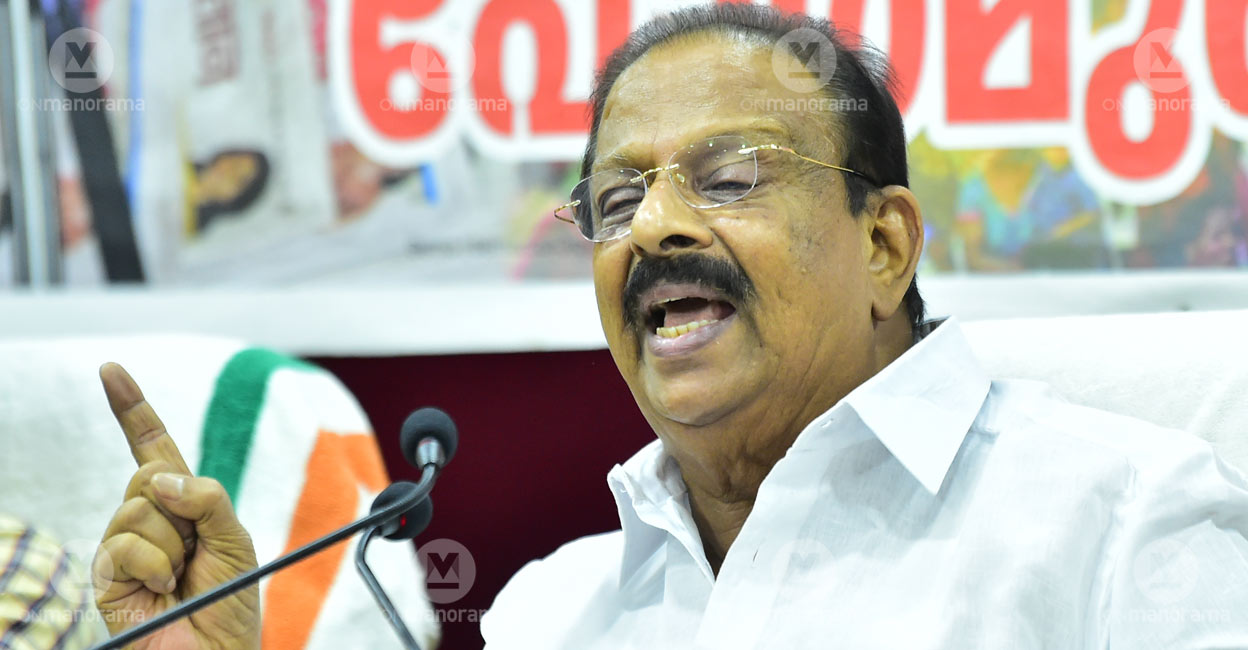 Thiruvananthapuram: The head of the Kerala Pradesh Congress Committee (KPCC), K Sudhakaran, on Saturday continued to criticize the ruling CPI(M) over the recent murder of Dheeraj Rajendran, an activist from its student wing SFI, and claimed that the arrested Youth Congress activists had no connection to the incident.

Alleging the 21-year-old was a victim of the Marxist party’s “violent politics”, the Kannur MP said even witnesses did not say the arrested YC activists stabbed him.

Playing an alleged voice clip of some students, who allegedly witnessed the incident which happened at the Government Engineering College in Idukki last week, he told reporters here that none of them said who had stabbed the deceased man. How could responsibility for the crime be attributed to YC activists, he asked on a Meet the Press broadcast here.

Sudhakaran claimed that the Kerala Students Union (KSU) and YC activists did not pursue anyone to attack them and questioned why the police were reluctant to rush the injured Rajendran to hospital. Urging the police to find the “real” culprits, he also dismissed criticism that he had not mourned the youngster’s death.

“The loss of a human life is a sad incident. My mind is not made of stone and iron…I am a person who can understand the pain of his family members. But this is the CPI( M) who attempted to celebrate his death by purchasing land to build a memorial in his name shortly after the incident,” Sudhakarn charged.

Rajendran’s family came from Congress background, he claimed and said he really wanted to visit and comfort them.

Taking a dig at the ruling party, the Kannur strongman also said the CPI(M) was also not embarrassed to hold a mega ‘thiruvathirakkali’, a traditional group dance, while mourning the death of the student activist.

The veteran congress leader was referring to the recent controversial group dance held as part of the Marxist party’s district conference shortly after Rajendran’s death.

Speaking strongly to SFI, he said it was a group that had only managed to gain a foothold on campuses across the state because of its violent politics and unleashed violence against activists. of the KSU.

Nikhil Paily, a district-level YC leader, and Jerin Jijo were arrested on Tuesday for allegedly stabbing Rajendran to death. Rajendran was a college student. Two students, Abjijith and Amal, were also seriously injured in the attack.

In the FIR, the police mentioned that the murder took place because of a political rivalry. The ruling CPI(M) had alleged the killing was pre-planned and claimed that 21 left-wing workers had been killed in the state in the past six years.