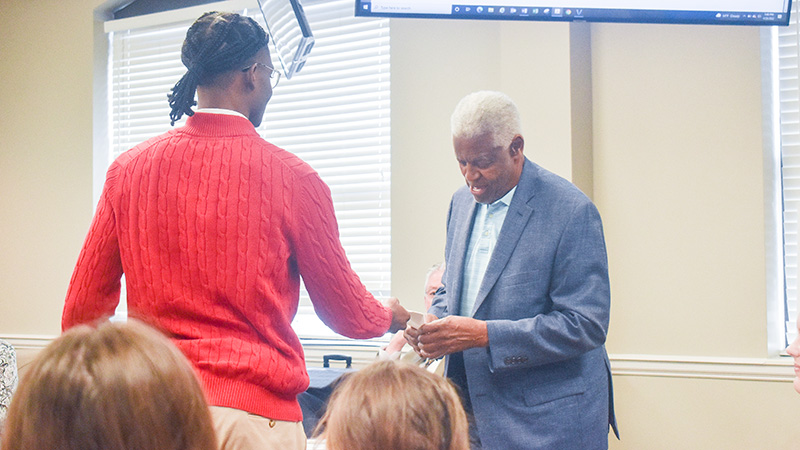 The 2021-2022 LaGrange Youth Council has spent the past year focusing on mentorship, sustainability and mental health projects as part of the difference the group is trying to make in the LaGrange community. One project, in particular, will establish a garden in the Calumet Park neighborhood and honor a deceased member of the community.

Earlier in April, the LYC Sustainability Committee held its “I Sweat Green” fundraising run to raise funds for a community garden in the Calumet Park neighborhood. The community garden, named Pat’s Garden, will be dedicated to the memory of the late Patricia Underwood, owner of Pat’s Corner Store on Union Street. Underwood was killed in February 2020 after a stray bullet entered her store.

At LaGrange City Council on Tuesday, Sustainability Committee Chair Devin Dents informed the municipal council of the success of the event.

“In honor of Underwood’s great dedication to the community, we raised $1,200 for the garden,” Dents said.

“When I first saw Devin I didn’t know what to expect, but I’m so proud of this young man,” Tucker said. “[We got] someone out of Calumet of his caliber… and we thought it was going to be short-lived. [But] he’s going to bring a lot of good things to LaGrange.

Tucker said the funds will go towards seeds and other materials needed for the garden. Garden products will be given free of charge to members of the Calumet community.

Another project the LYC did this year was an ice skating party for the Boys and Girls Club of West Georgia at the Sweetland Amphitheater.

This event was organized by the LYC Mentoring Committee which plans to host a free Mental Health Party at the Sweetland Amphitheater on Monday, May 2.

This event will include a panel of mental health professionals and a screening of the film “Holden On”.