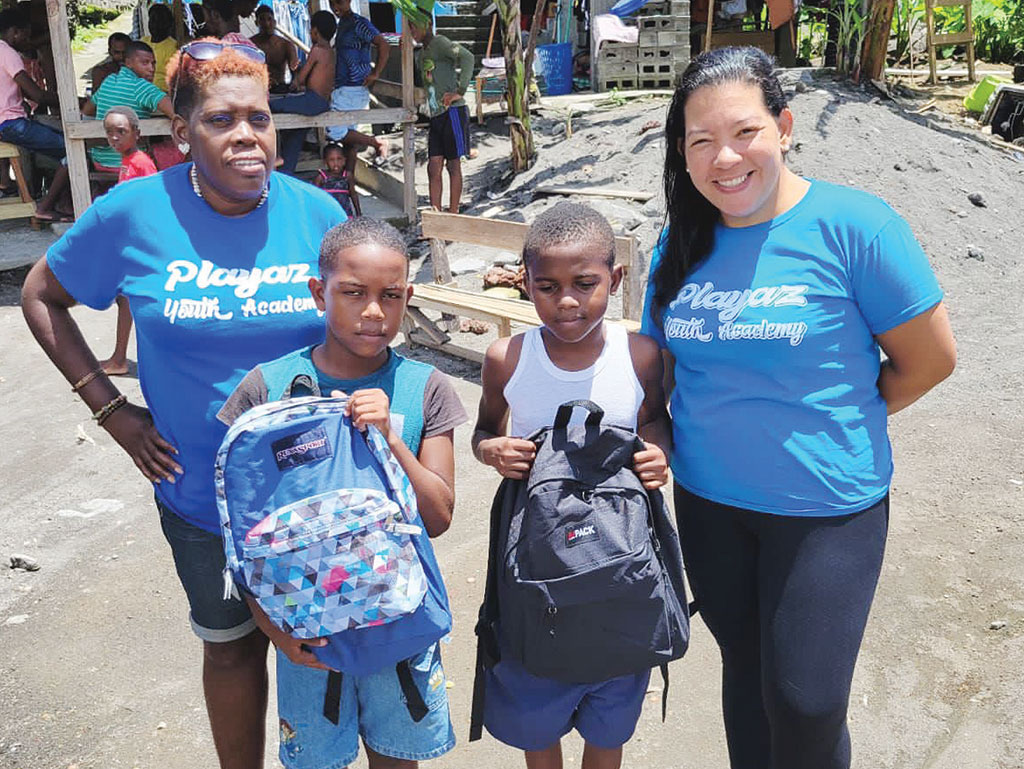 The Youth Academy of Playaz, a charitable entity that offers material assistance to students, has increased the number of beneficiaries who received school supplies for the start of the school year.

Orlando Fergusson, chairman of the Arnos Vale-based entity, told SEARCHLIGHT on Wednesday that they have so far distributed backpacks containing school supplies to around 300 people during their 2022 back-to-school season.

Orlando Fergusson (left) and other members of the Playaz Youth Academy.

The Playaz Youth Academy (PYA) is a non-profit organization whose purpose is to uplift, empower and develop the youth of this nation through sports and education, and the ‘Back to School Drive’ ‘ is one of its educational initiatives.

Members of the Academy, which began in 2018, target homes that are struggling to provide their youngsters with supplies to start school or return to school, and offer assistance as their resources permit.

Some of the people involved in the program are now in college and others hold degrees.

Fergusson explained that contributions to the academy have gradually increased, and with the help of international Vincentian artist, Marlon Roudette, who is now a member, they have been able to help more people in recent years.

The President said that this year, the Youth Academy of Playaz distributed bags of books and stationery to people in several communities stretching from Fancy to Barrouallie. 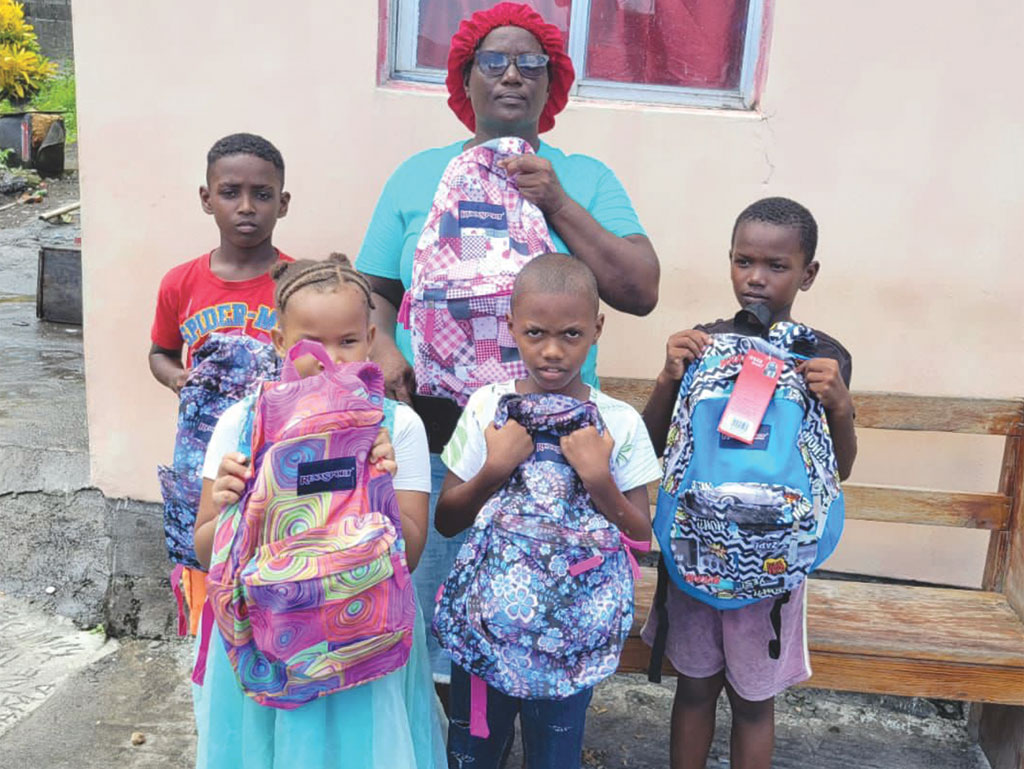 “We thank everyone who contributed to our ‘Back to School Drive’ for 2022, but we still have a lot to do,” Fergusson told SEARCHLIGHT.
“There are more people we’re working on,” Fergusson added, noting that the Academy’s work has only just begun.

“We wish everyone a successful 2022/2023 school year,” Fergusson concluded.