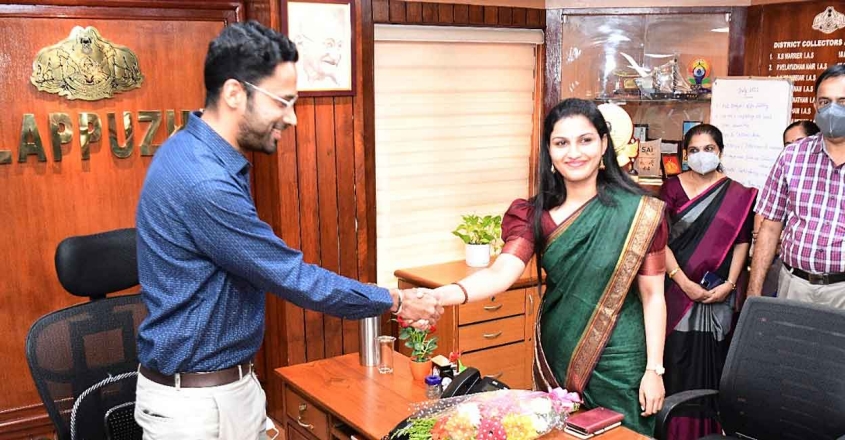 Alappuzha: Sriram Venkitaraman, the IAS officer accused of causing the death of a journalist in a drinking case, took over as Alappuzha district collector on Tuesday amid protests from activists of the Youth Congress.

Youth Congress activists waved black flags at Venkitaraman as his car drove into the collector’s premises. A large group of police has been deployed there in anticipation of the protests. The demonstrators were arrested and removed from the scene.

The opposition Congress has criticized the decision of the Left Democratic Front government led by Pinarayi Vijayan to appoint Venkitaraman to the crucial post even as the case against him is pending in court. AICC Secretary General (Organization) and former MP for Alappuzha, KC Venugopal, said the assignment of Venkataraman who is a “dirty” officer to a district like Alappuzha was indeed disappointing.

Venkitaraman is the first defendant in the controversial drink-driving accident that killed journalist KM Basheer on August 3, 2019. Basheer was hit by a car allegedly driven by Sriram at high speed while intoxicated , near Museum Junction in Thiruvananthapuram. The accident and the botched investigation that followed sparked a huge controversy. He was then suspended by the state government.

However, Venkitaraman was reinstated in service by the government in March 2020 and was appointed joint secretary of the Ministry of Health and Social Justice, much to the chagrin of the public. He was released on bail in the case by the First Class Court in October 2020.