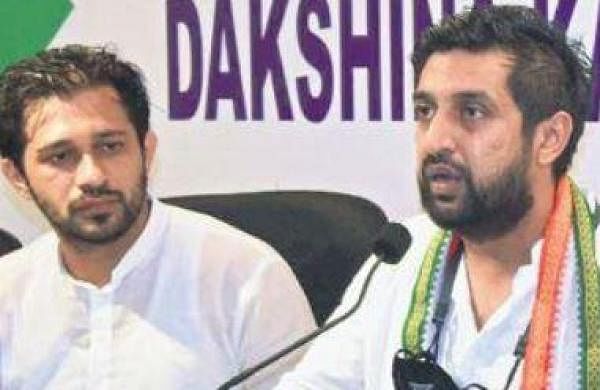 MANGALURU: The new state president of the Youth Congress, Raksha Ramaiah, said on Tuesday that the party unit would organize outreach programs across the state to demolish the “false narratives” being constructed on social media by the current dispensation led by Prime Minister Narendra Modi.

Addressing a press conference at the congressional office here, he said young people were drawn to the BJP because of the hype they created by allegedly spending a whopping Rs 60-70 crore. However, young people are slowly understanding how Modi has failed to deliver on his promises over the past seven years, he added. â€œOur intention is to shatter false narratives and find out the truth,â€ he stressed.

Ramaiah called the conflict over the Youth Congress election an â€œinternal matterâ€ which has now been settled and maintained that there were no factions in unity. When asked if he would be able to deliver within the short span of his tenure, the youth leader said he would do so even if he got a one-month term. To another question, he said that he and Mohammed Nalapad Haris have been friends for 12 years and that will continue.

Regarding Nalapad’s support for KPCC chairman DK Shivakumar as the party’s main ministerial candidate, Ramaiah called it a â€œslip of the tongueâ€. On the BJP comparing Shivakumar slapping a party member in public to the culture of Congress, he said the least said is better about the culture of the BJP and its leaders like Ramesh Jarkiholi. Previously, Ramaiah had received a warm welcome on his first visit to Mangaluru after taking office as president of the state Youth Congress.