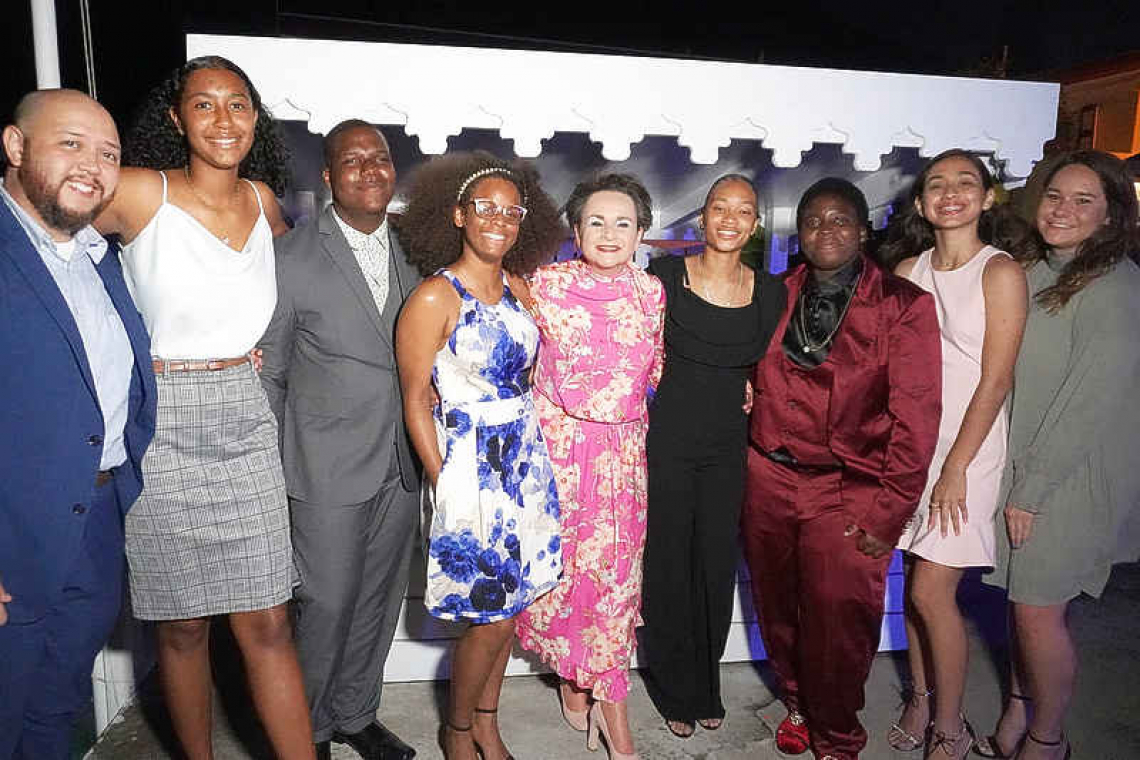 SABA – “Between us, it’s nice to see a woman in charge of a change,” said Jade Every on behalf of the Saba Youth Council, which hosted the Dutch State Secretary for Kingdom Relations and digitization, Alexandra van Huffelen, during a meeting. -reception at Tropics on Tuesday evening.

In their welcome speech, Youth Council members Zakiya Lake, Bernardo Baker and Every shared their positive experiences so far in being included in different projects and initiatives, but also some of the challenges they believe young people in Saba face.

They also asked Van Huffelen if they could meet her when the Youth Council visits the Netherlands later this year, to which she immediately replied “Yes”.

Lake gave some background on how the Youth Council came about. It was created with the help of Gerald de Jong-Simmons and Lysanne Charles after working together on the ‘My New World’ project of the United Nations International Children’s Fund (UNICEF).

“Gerald trained us to participate in the lobbying session with the then Secretary of State [of Home Affairs and Kingdom Relations – Ed.] Raymond Knops. We also had an inter-island debate with teenagers from Saint-Martin and Saint-Eustache. We found strengths to lobby for our island with Mr. Knops and even got to meet him in person during his last visit here in Saba. It was a very memorable experience and we were honored to do so,” Lake said.

According to Lake, there are still a lot of inequalities and there are many topics in Saba that need more “love and attention” from the Netherlands.

“There is a lot of work to be done in terms of equal rights. I look forward to seeing the good changes and progress you will bring to our island, especially when it comes to poverty alleviation, mental health care, sports and other recreational activities for us teenagers,” she told Van Huffelen.

Baker said his time on the Youth Council was the greatest experience of his life. “The group is very strong and diverse. We are like a big twisted tree and I wouldn’t change any of its branches.

He said things have not been easy for the people of Saba in general, especially for the young people. The COVID-19 pandemic has a lot to do with it. “We’ve been stuck on Saba for two years.”

The three members of the Youth Council said they would like to see more recreational activities for young people. “We really want a youth center and we believe that young people should make decisions about the youth center. Now that’s not the case anymore and it’s up to the adults to decide,” Baker said.

“There’s not much for us to do here,” Every said. “Children are often bored, which leads them to do things they shouldn’t be doing. It would be nice to have a better gym, qualified trainers, good music lessons, a youth center and more things to do in our free time,” she said.

Each also pointed out that there was a problem with high school diplomas. “It was only this year that we learned that we had to take a higher level Dutch exam. The new law on the B2 level requirement for diplomas has made things difficult. If regulation like this is implemented, we believe it should be progressive.

Visit to the Netherlands

Mentioning the imminent visit to the Netherlands, Baker explained that there was budget left for the sports project and that the Youth Council had asked the government if these funds could be used to attend the youth congress in Bonaire and get to know the different organizations. the. In the end, the band couldn’t go because Bonaire went into lockdown.

“We have a new plan though. We want to organize a Youth Council trip to the Netherlands. We want to go in the summer. The youth organization Jongeren Democratie told us about the motion in preparation in Parliament on the participation and inclusion of young people. We hope you can help us with the budget for this trip. The youth of Saba deserve a stronger voice both locally and nationally,” Baker said.

Everyone suggested that during his stay in the Netherlands, the Youth Council could also meet Van Huffelen. “Maybe we can even see you again to see how everything is going. We hope you can help organize this,” she said.

Van Huffelen responded very positively to this call. She said she gladly accepted the invitation. “Let’s do this. I would love to have you. But I have to warn you, the Netherlands is only half as beautiful as your island,” she told the Youth Council members.

She received a token of appreciation from the Youth Council at the end of the presentation.

2022-02-24
Previous Post: Youth Council elects new mayor and deputy youth mayor
Next Post: Vote and elect the next members of the Youth Council