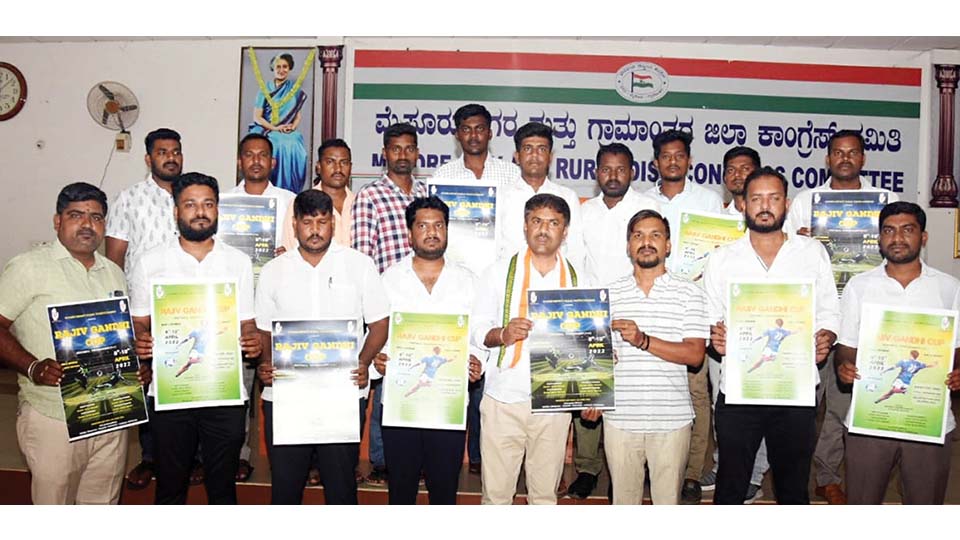 At the closing ceremony on April 10, Opposition Leader Siddharamaiah will hand out prizes to the winners.

Deputy NA Haris and all district legislators, former deputies and members of the Youth Congress office will participate in the ceremony.

On the occasion, the District Congress Chairman, Dr. BJ Vijayakumar, released the tournament posters and said, “The National Youth Congress, which was formed in 1970, has done important work for equality in education, brotherhood and also in the service of people during natural calamities. He has achieved worldwide recognition for his service.