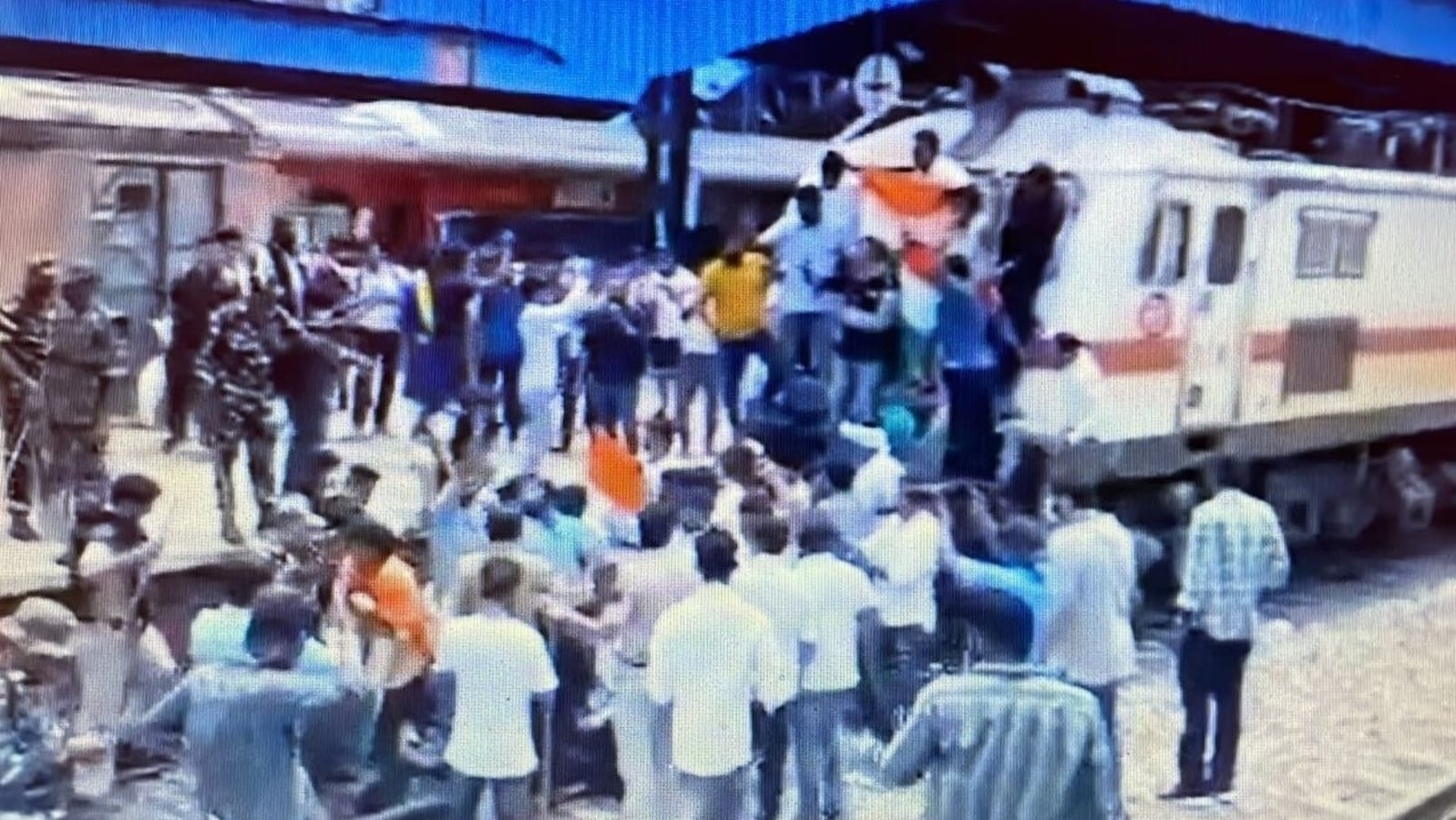 Amid ongoing protests across the country against the Agnipath scheme, members of the Youth Congress stopped a train at Delhi’s Shivaji Bridge.

Chanting slogans, some of the protesting Youth Congress workers climbed onto the trains while others blocked the tracks to demand the cancellation of the Agnipath program.

“The Indian government must cancel the Agniveer program. The Youth Congress will fight for the unemployed young people of this country who want to serve the country and arm its forces,” read a statement from the Youth Congress.

It comes as railway police have deployed heavy staff to stations in the capital to ensure the safe movement of people amid ongoing protests against the Agnipath scheme.

The protests come a day after the Ministry of Defense made it clear that Agnipath’s recruitment program would not be cancelled. “Why should it be cancelled? This is the only progressive step to rejuvenate the armed forces. This is about protecting the country,” Lt. Gen. Anil Puri, additional secretary in the Department of Military Affairs, said yesterday.

Lt. Gen. Puri also said anyone involved in protests, arson and vandalism against the program would not qualify to join the three services under the new model.

He also said support measures announced in recent days for recruits under the scheme had not been launched due to the protests and arson attacks and that the government was already working on them as part of comprehensive measures to guarantee the employment of those who leave the services. after the passage of four years.