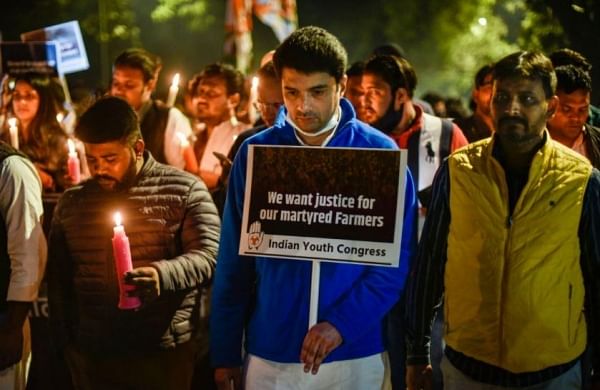 NEW DELHI: Members of the Indian Youth Congress (IYC) held a candlelight march here in memory of farmers who died during the nearly year-long unrest and called for the cancellation of the three Farm Bills controversial.

The candlelight march which started at the IYC office ended at Jantar Mantar.

This came after Prime Minister Narendra Modi on Friday announced the repeal of the Centre’s three Farm Bills during the upcoming winter session of parliament.

Srinivas BV, president of the IYC, said that “many conspiracies have been hatched to ruin, humiliate the farmers, but in the end the truth has come out victorious”.

“Today we pay tribute to the farmers who have been martyred in the farmers’ movement. Once again it has become clear that the truth can be disrupted, not defeated. The country cannot forget the conspiracy that has been Wedged against the farmers and the conspiracy in which they were humiliated. The country will remember everything – the martyrdom and also the brutality of the BJP. Jai Kisan, Jai Hindustan. Tribute to the martyrdom of the farmers,” Srinivas said in a statement. .

The Samyukt Kisan Morcha (SKM), an umbrella organization of 40 farmers’ unions leading the agitation against the new farm laws, says nearly 700 farmers have been martyred in the fight against the laws.