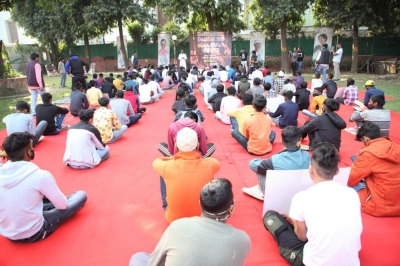 New Delhi, on November 29, the Youth Congress, under the leadership of the National President, Srinivas BV, paid tribute to the farmers who lost their lives during the unrest and a meeting was held in their honor.

Srinivas BV said the repeal of agricultural laws is a victory for the democracy of the country and the â€œAnnadataâ€. â€œThe Congress Party has always supported farmers, but we also want there to be a discussion in Parliament for who these three black farm laws were made and now that they are being withdrawn, the government should say why the has government taken that long to overturn these laws? â€he said.

The government is also expected to discuss in detail the case of the murder of farmers in Lakhimpur Kheri and strict action should be taken against the defendants involved in this case.

He demanded that a memorial be made in memory of the farmers martyred during the unrest, which becomes a symbol of struggle, of sacrifice for future generations.

He also called for fair compensation to be provided to all families as well.

Farmers and workers have more problems. MSP, loan waiver, is a long list. We will continue to support their demand and fight for them until the farmers get justice.

The 2021 Farm Law Repeal Bill was passed by parliament on Monday amid heavy slogans from the opposition calling for a debate on the issue.

Disclaimer: This article was posted automatically from an agency feed without any text changes and has not been reviewed by an editor