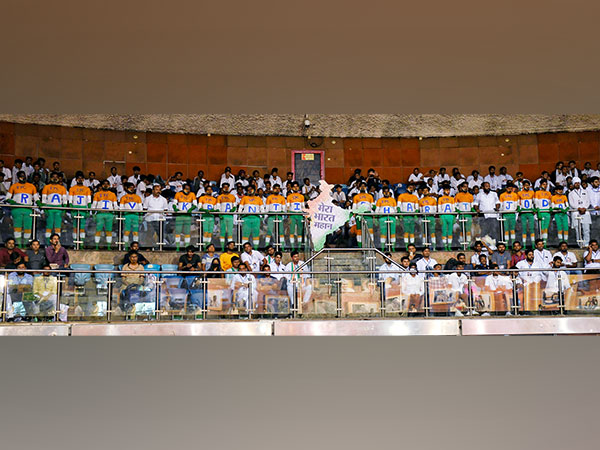 New Delhi [India]May 22 (ANI): The Indian Youth Congress (IYC) on Saturday launched the “Rajiv Kranti Bharat Jodo” campaign on the anniversary of the death of former Indian Prime Minister Rajiv Gandhi at Talkatora Stadium in Delhi.
Thousands of Youth Congress workers from all over the country reached Talkatora Stadium on this occasion. IYC has organized other programs like a blood donation camp and a photo exhibition based on the life of Rajiv Gandhi.
National Chairman of the Indian Youth Congress, Srinivas BV, said the revolutionary thinking of former Prime Minister Rajiv Gandhi laid the foundation for young India.

“The foundations of the digital revolution we are in today were laid by Rajiv Gandhi in the country. It was Rajiv who empowered young people to vote by reducing the age limit. Through this program, we have launched a new revolution as the beginning of connecting India,” he said.
He also said that during the freedom struggle, Mahatma Gandhi dreamed of strengthening villages and Rajiv Gandhi achieved it.
“Through Panchayati Raj, he brought authority and power to the doorsteps of the villages. When there was an atmosphere of instability in the country, Rajiv Gandhi followed the path of Bapu and held the country together through peace agreements,” said the IYC National President. mentioned.
Rahul Rao, National Media Officer of the Indian Youth Congress, said: “Through this programme, ‘Bharat Jodo Abhiyan’ was launched, along with a blood donation camp and a life-based photo exhibition. by Rajiv Gandhi was also organized on the occasion of the anniversary of the death of Shri Rajiv Gandhi.”
Former Prime Minister Rajiv Gandhi was assassinated in 1991 by the terrorist organization Liberation Tigers of Tamil Eelam or LTTE in Tamil Nadu during an election campaign. (ANI)