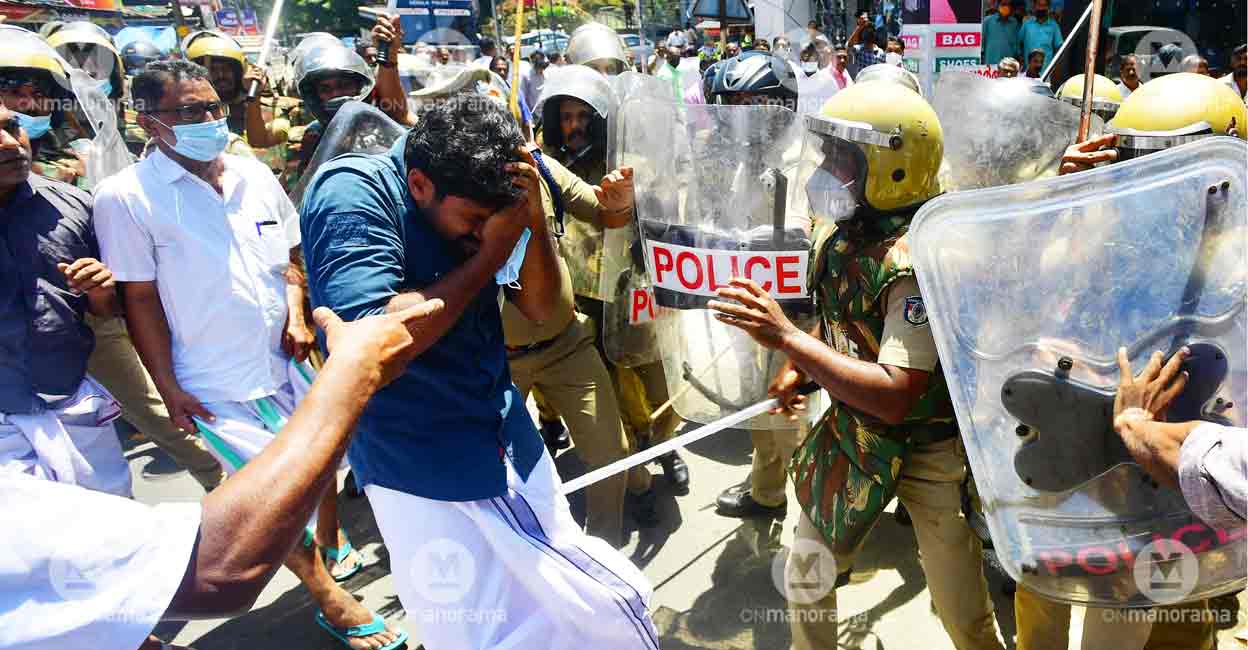 Thodupuzha: Bilal Samad, General Secretary of the Idukki District Unit of the Youth Congress, lost sight in one eye during a lathi police charge that took place last week.

Bilal took part last Tuesday in a march organized by his organization in Thodupuzha during which the police used truncheons.

After Bilal suffered an eye injury in the police action, he was rushed to a private hospital in Angamaly. He now has 28 stitches in three places on his eyelid. Doctors say Bilal will likely only regain his sight after regular treatment for at least a year. However, there is no certainty that he would see again with his injured eye, they added.

The Youth Congress had organized the march to protest the assault on CP Mathew, Chairman of the District Congress Committee (DCC) in Idukki, allegedly by workers of the Democratic Youth of India Federation (DYFI), the youth wing of CPM.

Meanwhile, Kozhikode DCC Chairman K Praveen Kumar suffered a major fracture in his left arm during a Congress-organized march from the police station. Praveen is currently undergoing treatment at a private Pantheerankavu hospital in Kozhikode.

The march was in protest against widespread attacks launched by CPM workers against members and properties of Congress. Praveen had led the march to the Feroke police station. However, the police blocked the march with barricades near the Pettah bus stop.

When congressional activists tried to pull down the barricades and head towards the police station, the police used a water cannon on them. Pradeep took a heavy hit of water from the barrel and fell onto the road, during which his arm was broken. Doctors said surgery would be performed to repair the fracture.