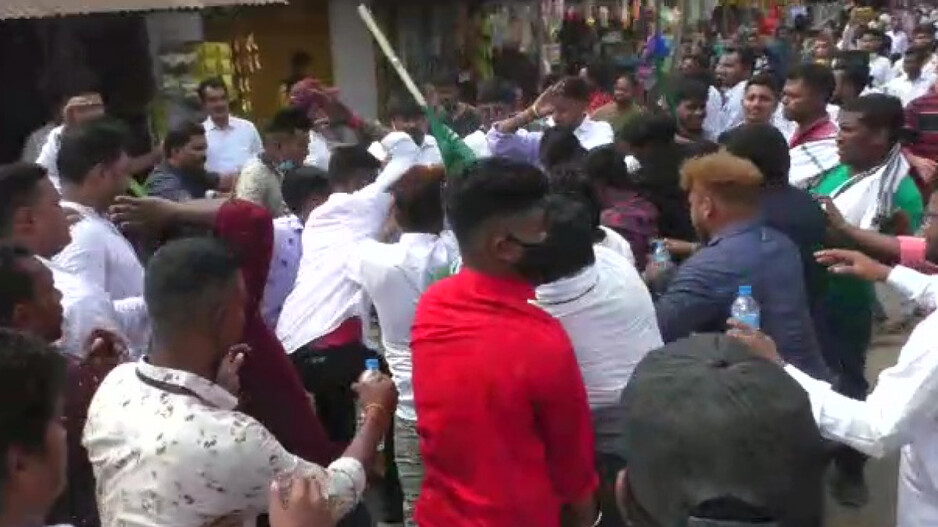 A Congress youth leader was violently attacked during a protest against Odisha Chief Minister Naveen Patnaik’s agenda in Kuchinda on Tuesday. Jayant Kishan, the Kuchinda Youth Congress Unit Chairman was brutally beaten by a mob suspected of being a member of rival Biju Janata Dal (BJD).

Sources said hundreds of BJP and Congress party workers staged rallies in protest against Chief Minister Naveen Patnaik who was handing out BSKY smart health cards to beneficiaries in Kuchinda.

Police arrested several BJP activists for waving black flags against Patnaik during the protest. However, some Congress workers who continued their agitation over the Mamita Meher murder case on the spot faced a tense encounter with some BJD members.

The clashes escalated when a crowd, apparently made up of BJD workers, beat up some Congress workers while shouting “Go Back Naveen” slogans.

“There were more than 40 people who surrounded and beat Jayant. None of the attackers were residents of Kuchinda. We staged the protest in accordance with prevailing democratic standards, but the BJD intentionally escalated the situation and then attacked our party workers,” a congressman from Kuchinda alleged.

Another Congress worker said, “Although police officers were present at the scene, BJD workers who claimed to be Sushant Singh supporters got into fights with us. I managed to escape but they grabbed Jayant and beat him.

Recounting the incident, victim Jayant Kishan claimed he was attacked by supporters of BJD Minister Naba Das and Sushant Singh.

“It is extremely saddening that some goons from BJD dragged me down the road and beat me cruelly, but the police did little to prevent the attack,” said Kishan, who suffered serious back fractures.