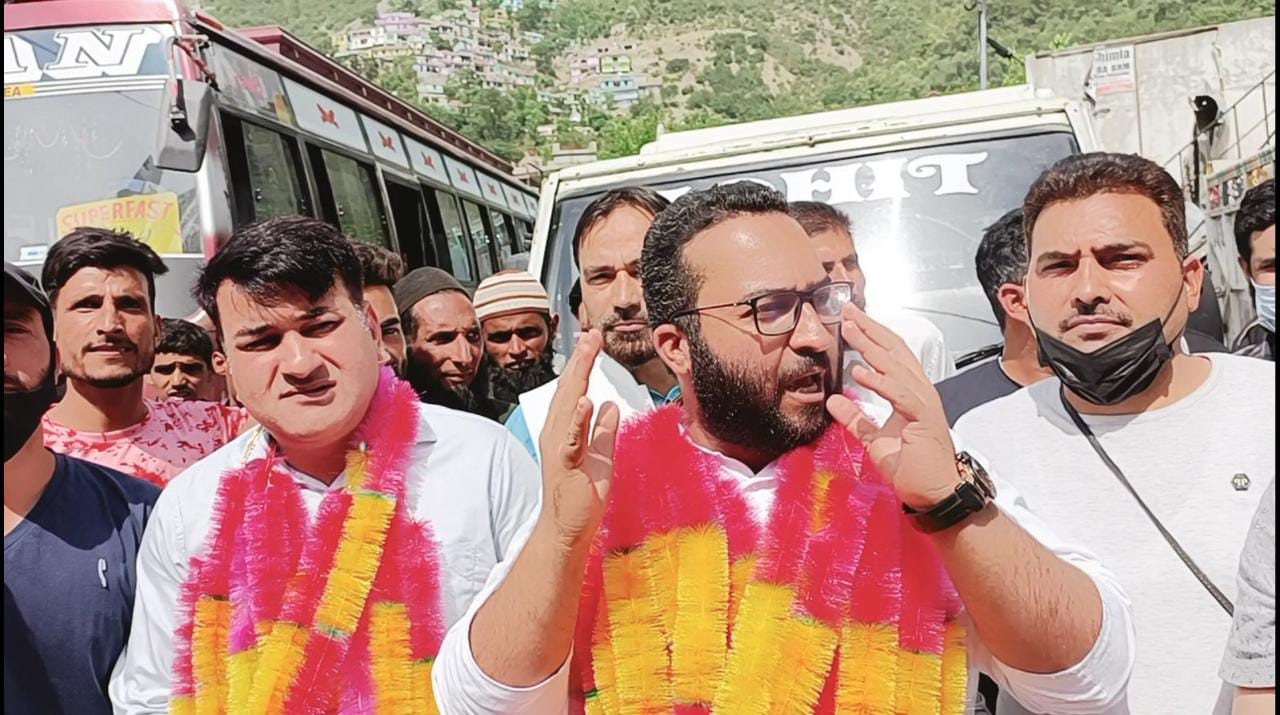 He is the first in the Chenab Valley to lead a state-level youth congress. Khan holds the pen to be the first National NSUI President from J&K State. The reception was hosted by the District Congress Committee, Youth Congress, Mahila Congress and NSUI Ramban unit members.

A large number of Congress leaders, workers, Youth Congress workers, Mahila Congress workers and NSUI activists gathered at the Ramban bus stop and gave a big welcome to Fairoz Khan in sending wreaths and beating drums from where the reception gathers in procession from the bus stop on bicycles rode to Khan’s office in Maitra in Ramban.

The function was held in Ramban, various congress party leaders and senior leaders and prominent citizens were present and also expressed their views while congratulating Fairoz Khan on his appointment.

The speakers, while addressing the gathering, congratulated Fairoz Khan on being named the incumbent president. They also thanked Rahul Gandhi and Sonia Gandhi in addition to IYC National President BV Srinivas and IYC incharge Krishna ji who appointed a boy from a remote area of ​​Pogal Paristan in Ramban district as current president of the Youth Congress. They added that Fairoz Khan is the first from the Chenab Valley to hold this senior position. It was also highlighted that Fairoz was the first from the J&K State to be named NSUI National President, which clearly reflects the vision of the congressional leadership that opened the door to politics for young people from the common family and Fairoz Khan is the source of inspiration for all. youth of J&K.

Fairoz Khan expressed his gratitude to Sonia Gandhi, Rahul Gandhi, BV Srinivas as well as senior congress party leaders who entrusted him with the responsibility of leading the J&K unit of the largest youth organization in the world. He also thanked all supporters, Congress workers and local leaders and social activists who wholeheartedly supported and warmly welcomed his hometown of Ramban.