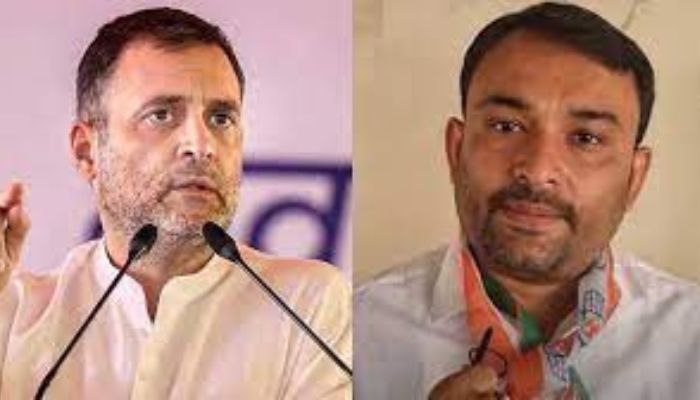 The series of resignations within the Congress party continues in Gujarat. Now Youth Congress President Vishwanathsinh Vaghela resigned from his post on September 4, 2022. He also alleged that the Congress took Rs 1.5 crore to make him the Youth Congress President. The resignation came just ahead of Rahul Gandhi’s planned visit to the state. It is noted that Gujarat assembly elections are expected to be held in the state later this year.

Vishwanathsinh Vaghela held a press conference to announce his decision. He said at the press conference, “Tomorrow Rahul Ji will attend the convention, but 10 out of 100 people attending the program don’t know their booth. My father passed away, I fought the election with the money. that I received after his death. None of my ancestors entered politics. Many leaders tried to disappoint me, I resigned because I lost all my abilities. The party took me 1 .5 crore rupees to appoint me State Youth Congress Chairman.

Vishwanathsinh Vaghela made several allegations in the seven-page resignation letter. He said in his letter: “One of the main reasons I joined the Congress was that from an early age I used to read history books and learn that Congressional leaders were bringing freedom. That’s why I chose the Congress party. However, as I continued to work in the party, I learned that many of the real leaders who gave freedom to the country left in 1969. I didn’t even see the pictures of the leaders who gave us freedom , and who have been my sources of inspiration, in the office of Congress.

He added, “I had long felt that the current Congress was losing itself in the worship of one family. Whatever positions were given to me by the Congress party, they took money from me and sold those positions to me. So how can a person like a sold position? Since becoming president of the Youth Congress, I have been the victim of factionalism from senior party leaders. The group leaders against the senior leaders who helped me at the Youth Congress decided to target me.

Speaking more about groupism in the state Congress, he said, “I quit because I’m fed up now. I messaged Srinivas and Krishna 3-4 days ago. They stopped answering my calls. Hardik Patel already left 3-4 months ago. Our pain can be the same. I won’t name anyone here, but senior party leaders know why they are leaving. Groupism has been going on for 10 years, now let the party manage this groupism on its own. I have not spoken to the BJP, but I would be active in politics. Like me, countless young people are unhappy with the party. Vanrajsinh Chavda, BJP state executive member and member of Gujarat University union, also attended the press conference along with Vishwanathsinh Vaghela.