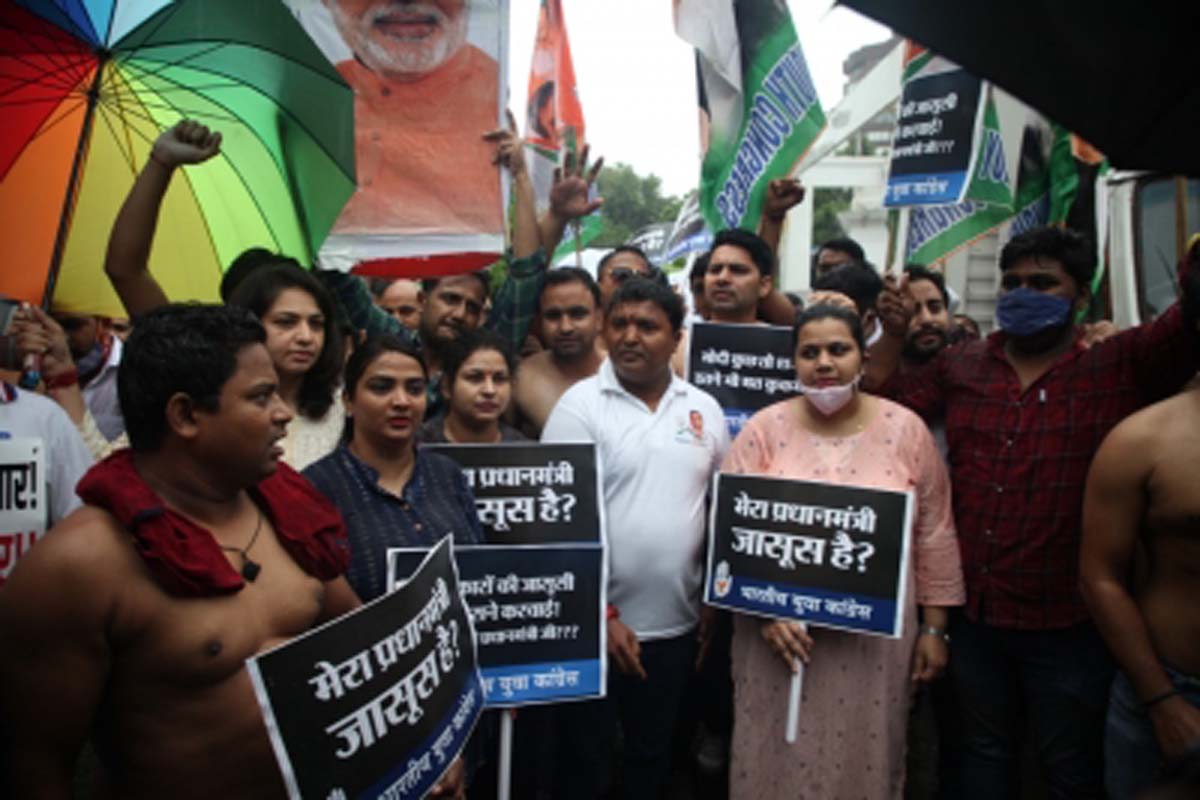 Hundreds of Indian Youth Congress (IYC) activists held a protest on Monday against the issue of the alleged wiretapping and demanded that a Joint Parliamentary Commission (JPC) and a Supreme Court-monitored investigation into the matter.

The protest comes a day after the Wire on Sunday reported that more than 40 journalists, three leading opposition figures, a constitutional authority, two sitting ministers in Narendra Modi’s government, current and former leaders and officials of the security organizations and dozens of businessmen in the spy database.

Several IYC activists led by its national president Srinivas BV staged a protest near its headquarters in Raisina Marg in central Delhi and attempted to march towards the parliament, waving slogans against the government.

Speaking to the media, Srinivas said that in British times their business was “espionage”, even today when they are gone the business of “espionage” continues, when will they be ‘to improve ?

Addressing the government, the IYC leader said: â€œSeven years have passed and he (Prime Minister Narendra Modi) is not listening to our ‘Mann Ki Baat’. After seven years, we learned that thanks to Pegasus he was listening to ‘Mann Ki Baat’ while sitting in WhatsApp, gallery, etc.

He also accused the Prime Minister of targeting political opponents, journalists, judges, industrialists, his own senior officials and even the leadership of the RSS.