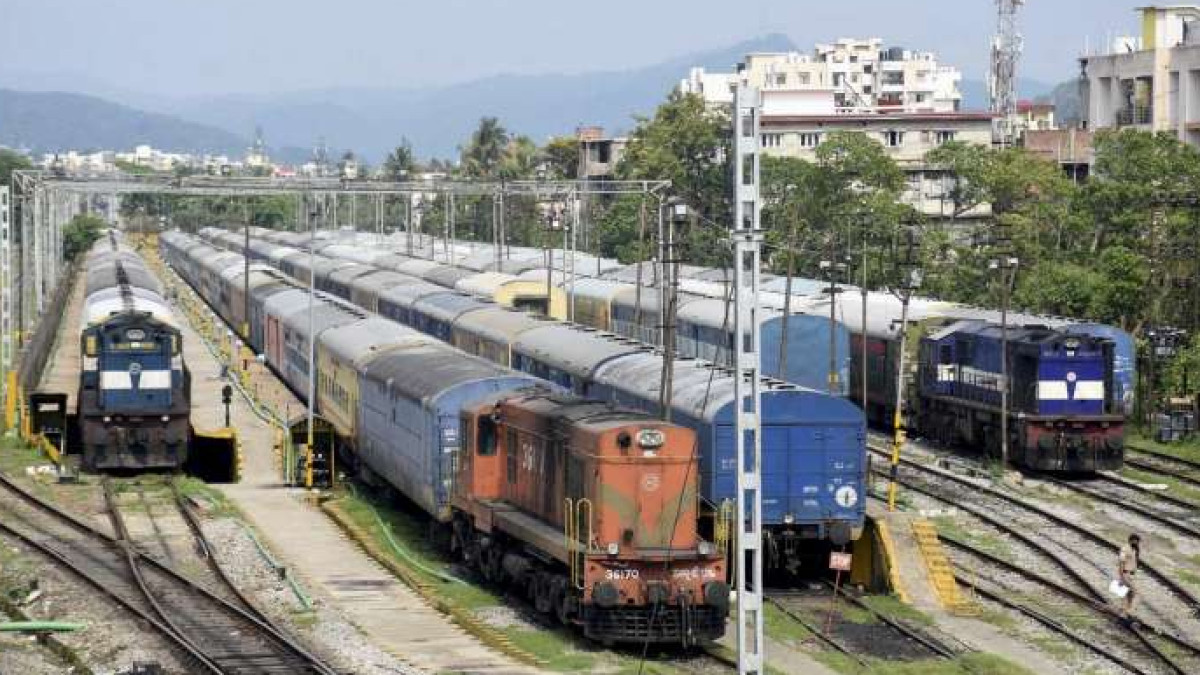 On Monday, Indian Youth Congress workers stopped a train at Shivaji Bridge station near Connaught Place here to protest against the interrogation of party leader Rahul Gandhi by the ED and to press for their demand for cancellation of the Agnipath defense recruitment program.

The track was cleared by police and security personnel and train traffic resumed after around half an hour of disruption, sources said.

Police said a group of IYC protesters gathered at Shivaji Bridge Station. They stopped a train there after arriving on the tracks from which they were later removed.

Deputy Commissioner of Police (Railways) Harendra K Singh said on Monday that train number 12439 Nanded Express was stopped at Shivaji Bridge station at around 11:18 a.m. by Youth Congress workers protesting the Agniveer scheme government and the interrogation of Congress leader Rahul Gandhi by the Enforcement Directorate.

“ACP Railways and SHO New Delhi Railway Station along with staff arrived at the scene, and in coordination with the RPF, the agitated persons were removed from the track. The train subsequently resumed. However, other trains were moving on the other tracks without any obstruction,” he said.

“Fifteen men and one woman were arrested and one case was registered by the RPF under Article 174 A (while squatting or picketing or during a commotion or bandh in the room trains) and Railway Act 147 at the New Delhi Railway Police Station,” Singh added.

In a tweet, the IYC said, “Youth Congressmen stopped the train at Shivaji Bridge while protesting against illegal investigation of Shri Rahul Gandhi by ED and central government ‘Agnipath Scheme’.”

The organization’s national chairman, Srinivas BV, said the IYC will continue to fight for the country’s unemployed youth. “The government must cancel the Agniveer scheme. The Youth Congress will fight for unemployed young people in this country who want to serve the country. The IYC has stopped the train in Delhi to get the attention of the autocratic government,” he said. -he declares.

Members of the IYC also staged a protest at nearby Connaught Place. Gandhi appeared before the ED on Monday for the fourth day of questioning in the National Herald money laundering case.

Protests erupted in various parts of the country after the Center unveiled the Agnipath program last Tuesday to recruit young people between the ages of 17.5 and 21 into the army, navy and air force, in large party on a four-year contractual basis. He then relaxed the upper age limit for this year’s recruitment to 23.