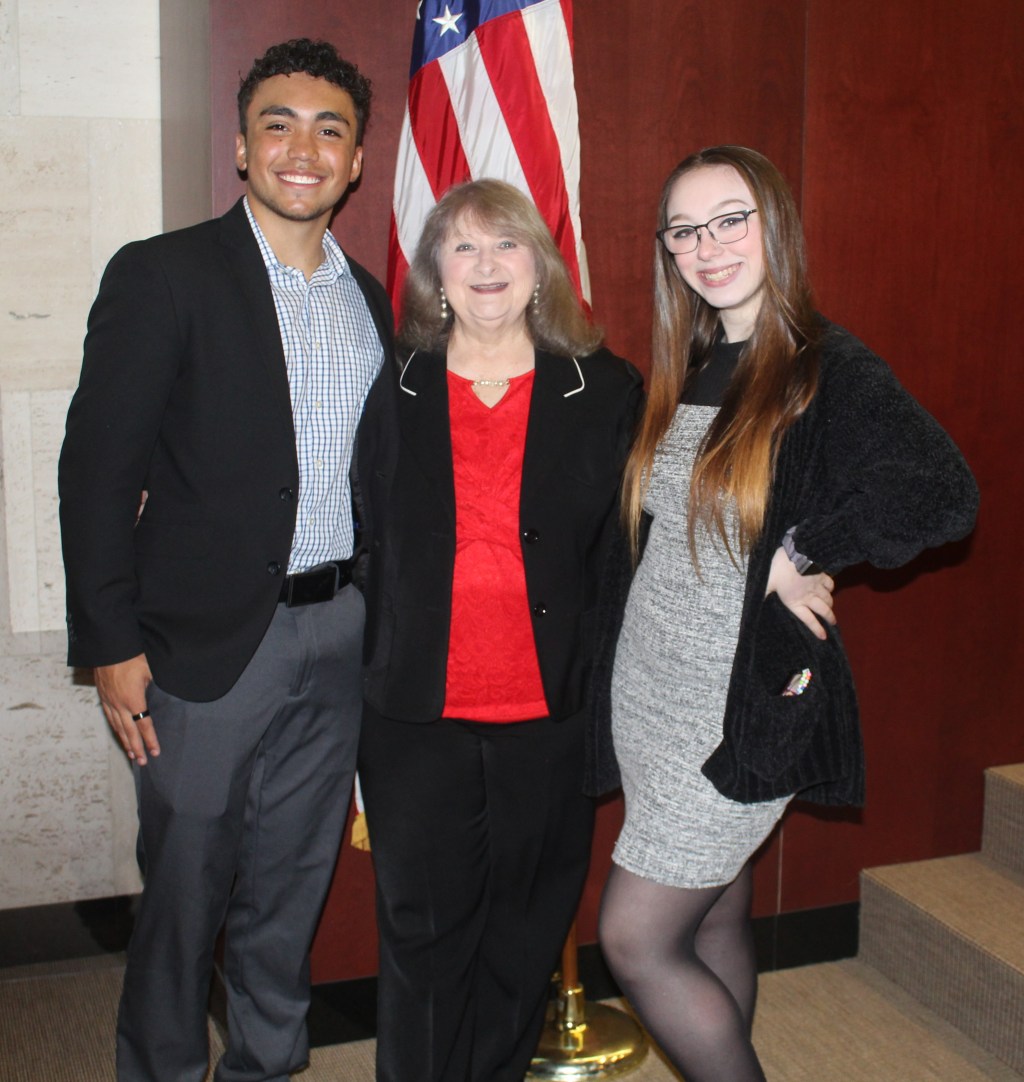 Young people who have the attention of Wayne County commissioners are weighing in on the issue of gun safety and violence, calling on schools to do more than they are currently doing to alleviate the problem.

The Wayne County Commission Youth Council is made up of 18 high school students from across the county, trained by the commission in 2020 to invest in and empower young people to solve their problems and concerns.

Youth Council members recently visited the Guardian Building in Detroit to attend a commission meeting, where they presented a resolution calling on schools to do more to promote gun safety and prevent gun violence.

The resolution lists a number of statistics showing the extent of the problem, including that guns are the leading cause of death among American children and adolescents; and there have been 1,316 school shootings in the United States since 1970, a number on the rise.

Since the Columbine High School shooting in Colorado in 1999, more than 292,000 students have been victims of gun violence at school, disrupting school operations and making student travel to and from school potentially dangerous.

The students said in their resolution that the lack of state resources for gun violence prevention and mental health treatment, as well as the difficulty of recruiting and retaining teaching staff in neighborhoods affected by violence military, have a negative impact on the educational experience of students, which could infringe on the right to education in these communities.

They also point out that perpetrators of gun violence in school shootings often suffer from some form of mental illness and that in four out of five school shootings, at least one other person had knowledge of the attacker’s plan, but did not report it.

“In nearly all documented cases of active shooters, warning signs were displayed,” the resolution reads.

Research from the US Department of Homeland Security shows that if people “know the signs” of gun violence, they can take steps to prevent it and reverse it.

One solution in some school districts is the use of “safes” or anonymous forums for students to openly report concerns or simply air grievances that can minimize or prevent incidents of school-based gun violence.

Another area to consider are firearms in the home. Youth Council members learned that firearms used in approximately 68% of gun-related incidents in schools came from home, a friend or relative, and 39% of parents believe in wrong that children do not know where a weapon is stored.

They also found that about 4.6 million American children live in a home where at least one firearm is loaded and unlocked.

The teens also drew attention to a spike in threats at Wayne County schools following the Oxford High School shooting in Oakland County.

The Youth Council concluded that students, parents and teachers in educational communities are not receiving sufficient education, resources and support from schools for the prevention of gun violence and its intersectionality with mental health issues.

They call for firearms safety education to be delivered in schools through a day devoted exclusively to educating students and teachers about the risks and regulations associated with firearms, recognizing and reporting signs of behavior of concern, and other related topics through seminars, videos and interactive discussions.

They also called for schools to send information about gun safety and safe storage, as well as mental health resources, to parents and families to educate them about the dangers associated with guns and children. and how to potentially prevent these dangers.

Recognizing that gun violence by children is typically the result of a child’s access to a parent’s gun, the Youth Council urged the Michigan Legislature to pass legislation to keep children safe and reduce access to firearms by requiring the proper storage of firearms, mandating the purchase of a lock when purchasing a firearm, and establishing penalties for improper storage of a firearm that would lead to charges being laid against a parent.

Students called for schools to establish an anonymous online “safe” for students to report any information or concerns they have through non-confrontational media.

And on the issue of mental illness, Youth Council members said that because mental illness is often an underlying trigger of gun violence, they called for at least one mental health professional to be available at each school for students to approach as a trusted adult, as well as a “counseling” period built into the school schedule, which allows students to seek out mental health resources, connect with peers and teachers or just relax.