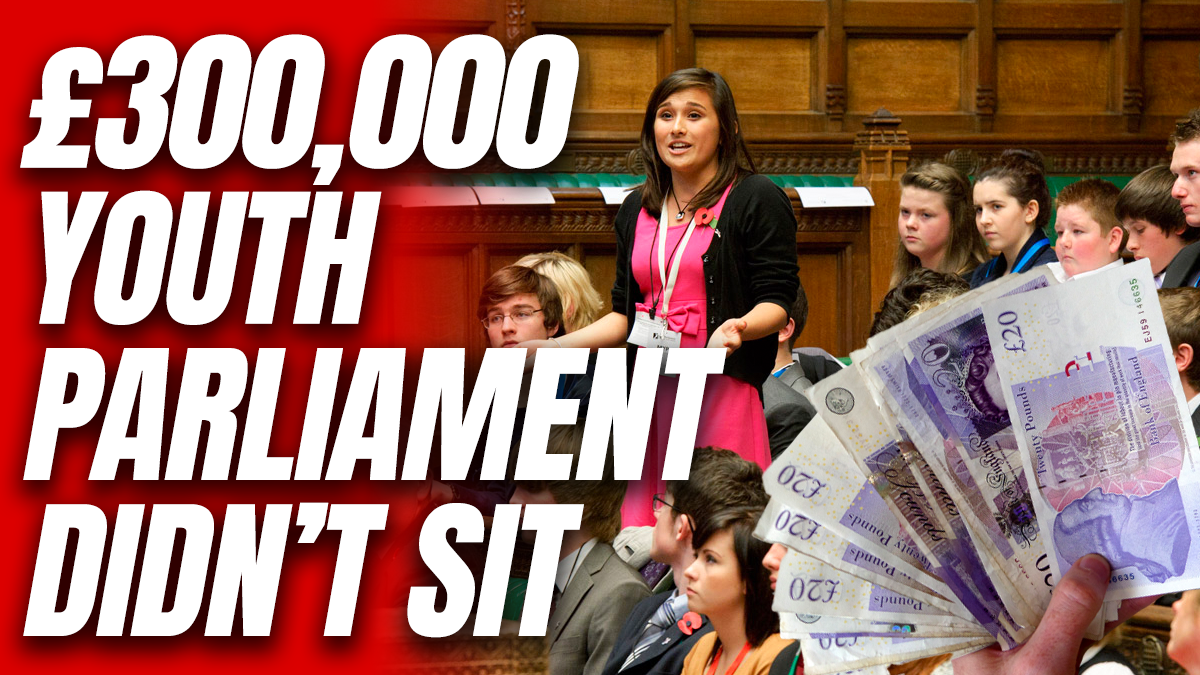 With the Treasury now looting everyone’s pockets to pay the huge pandemic bill, new figures from the Taxpayers Alliance reveal a noble cause supported by the generosity of taxpayers: between 2020 and 2021, the British Youth Council – the group that runs the UK Youth Parliament – ​​received £299,941 to keep itself afloat, while actively campaigning against the government, pushing for the postage of children, and asking “for free” the universities. Without forgetting the call for dismantling of the police on the grounds that she “to permit[s] racism and injustice”.

The money was received in three installments:

“Taxpayers are tired of seeing their money supporting controversial campaigns and causes, especially during a pandemic. Government ministers are stupid to funnel money to organizations that only bring them down. The government needs to stop funding the lobbying carousel and instead focus the money on taxpayers’ priorities.

£300,000 to turn 11-year-olds into next-generation Momentum activists. New Data Opinium’s Youth Democracy Index also shows that more than 43% of 18-24 year olds think socialism is a good model of society, with only 32% thinking the same of capitalism. Give it a few more years and it will be even worse. At least until these kids look at their payslips and realize how much a socialist utopia would cost…